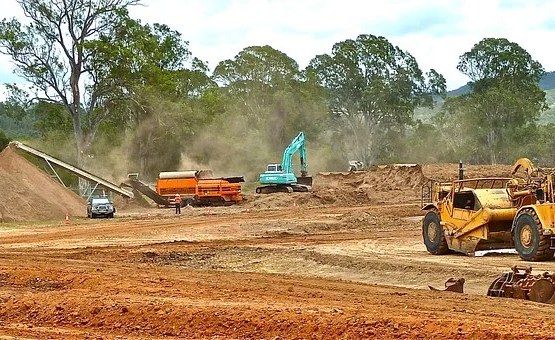 Employees of construction companies contracted to work on the country’s roads have been accused of impregnating underage girls in the areas where they worked and then abandoning them to their families.

The discovery came to light following a fact-finding visit by the Joint Parliamentary Transport and SDG Portfolio Committee to various roads under construction across the country.

The visit aimed to assess the progress of the Roads Rehabilitation Program (RRP) and other infrastructure.

A villager representative from Maramba district, Uzumba-Maramba-Pfungwe, told the committee that people in her area were not happy that company employees were focusing on women and impregnating young girls.

“If you look at this bridge, it was being built by another contractor. We were shocked to see dirt mixed with gravel and ‘this and that’ with no work being done,” said the woman.

“They spend their time in stores looking for girls instead of the job they’ve been given, and they come with no equipment.

“We once came here as parents to see what was going on as they sat down to entertain the girls. What we saw shocked us. Only towels and their ‘wives’ here, no that no action is taken to do the real work,” she said.

Senator Watson Khupe reminded some of the contractors that they are bound to lose their contracts if the habit continues.

“As Fossil (one of the companies), are you aware that you can lose your contract if you get caught on the wrong side of the law?” Khupe asked.

In defence, one of Fossil’s engineers working along the Masvingo-Harare highway defended his company, saying there was little they could do about what their employees got in their spare time.

“What employees do after work is none of our business. We cannot track each of them at home or in temporary shelters.

“The issue is very sensitive, but we will try to report on it. We are trying to have meetings with the workers on sexually transmitted diseases etc., so the guys are trying to protect themselves,” the engineers said.

The engineer added: “As a company, we do not condone such behaviour, but if it is taking place in the eyes of everyone as it is in this case, we are obligated to report it to the competent authorities, but it is difficult to control an adult.

“It’s hard to trace what workers do after work. They’re humans.”