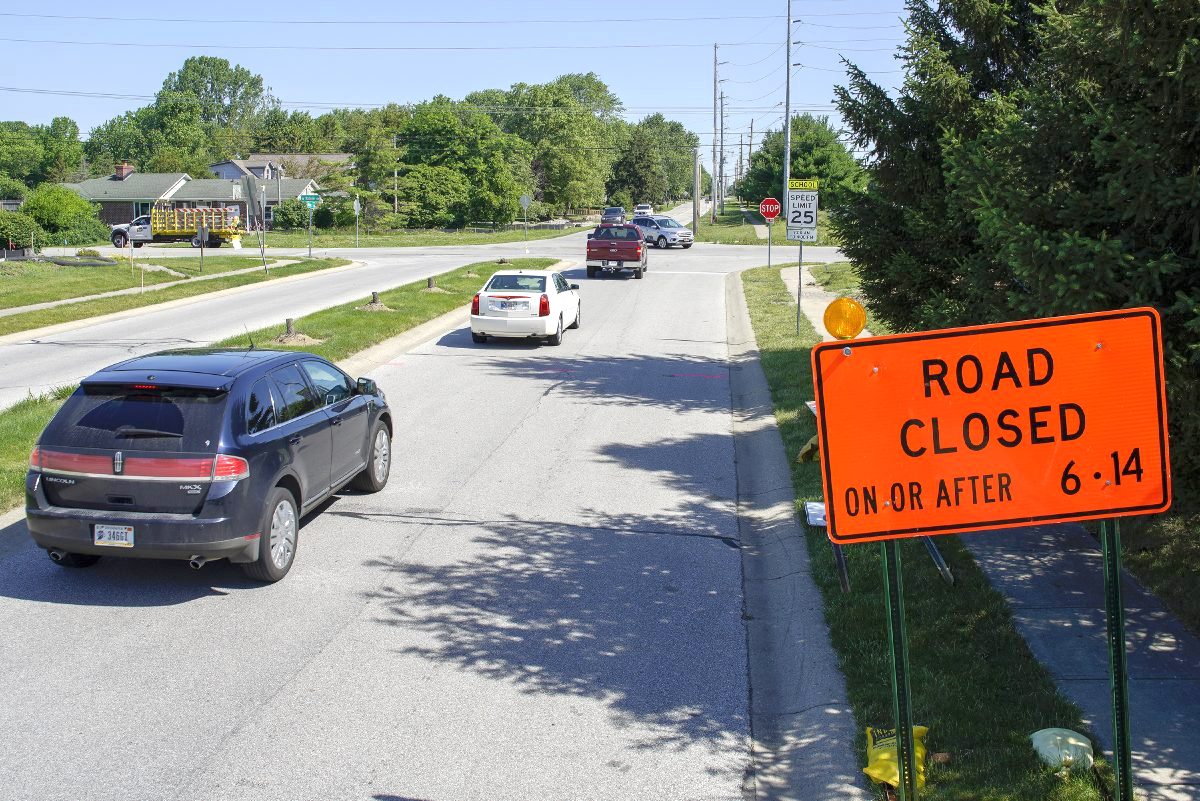 Construction on Worthsville Road is active again after a three-month delay, and sections of the road will be closed for the rest of the year.

Worthsville Road Section 3 is a $9.2 million project to widen a less than 1-mile stretch of road between US 31 and Averitt Road, and add a roundabout at the intersection of Averitt Road .

The construction of this short stretch of road, which is due to be completed by the end of this year, has been eventful with a two-month delay since work began last year.

Work began late last July after a months-long delay due to utility companies taking longer than expected to move pipes, lines and cables.

At the start of this construction season in mid-March, the contractor found further problems with the location of utilities at Tracy Ditch in Summerfield Park and at the intersection of Averitt Road, said Daniel Johnston , City Engineer of Greenwood.

The contractor informed the Indiana Department of Transportation – which is paying for most of the project – that he had no choice but to leave the site until the utility issues were resolved. .

Work on the utilities took a few months as companies had to splice their newly moved fiber to connect to their old fiber lines. Which work required detailed planning during low demand hours to minimize impacts to residential and commercial customers, Johnston said.

The contractor returned on Monday and work began on the construction of the roundabout on Averitt Road. This section of Worthsville Road will be completely closed to drivers in two phases this month.

The phase one closure at the intersection of Averitt and Worthsville Road began on Monday. Official detour routes follow Stop 18, Tracy Road and County Roads 125 W. and 75 W., according to maps posted online by the City of Greenwood.

Phase two will begin June 21 and will extend the closed section of Worthsville Road further east from Averitt Road to Tracy Ditch. Drivers can still follow detour routes on Stop 18 Road, Tracy Road and US 31.

The third phase of the project will begin once the roundabout is complete and open to drivers on August 2. Worthsville Road will then be closed between County Road 75 W. and Tracy Ditch until mid-December.

These phased road closures will help accelerate the project to meet its original deadline at the end of the year, despite the delays, according to a post on the official Facebook page of Greenwood Mayor Mark Myers.

Through traffic on Worthsville Road will not be permitted during these phased closures. Residents who live in neighborhoods close to construction may need to access their homes using a detour route, but no neighborhood will be completely blocked off during construction.

Most of the heavy construction on this section will still be completed by the end of the year, Johnston said. In the spring of 2022, the contractor will install the final surface layer of asphalt and road marking.