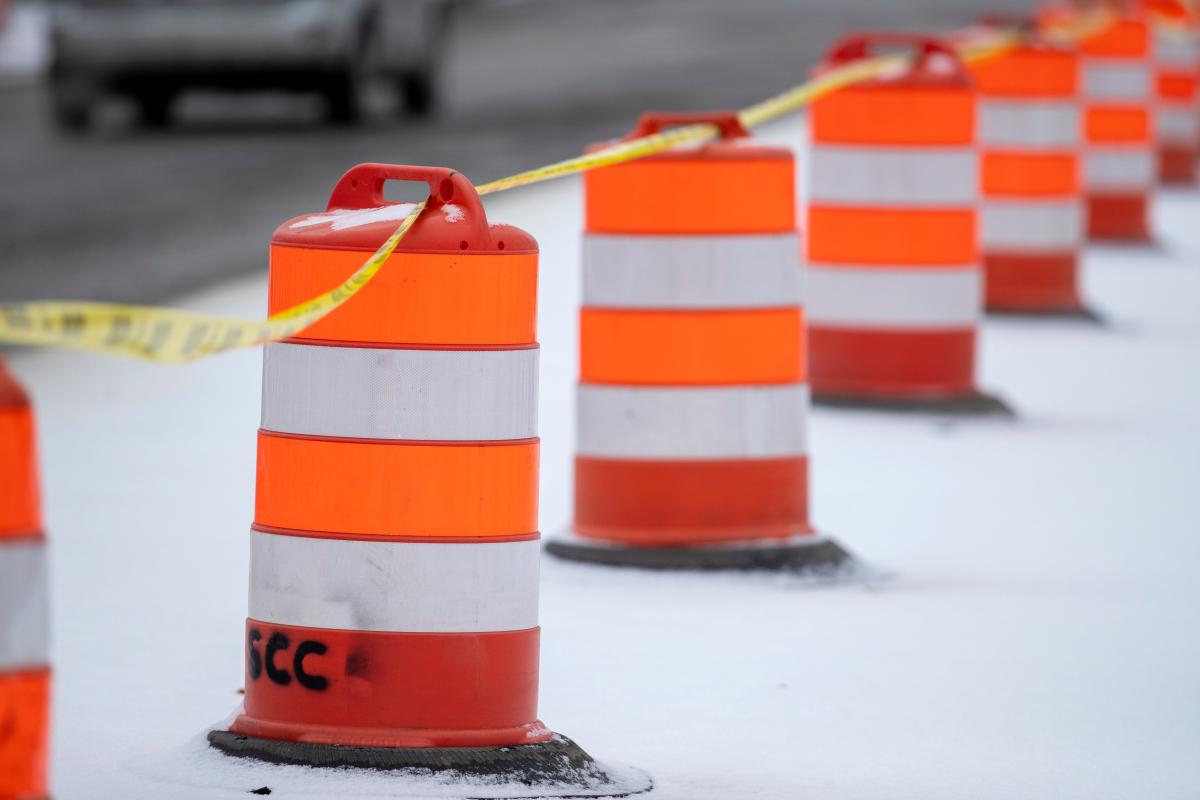 Updated to reflect an extension of a closure related to the North Split project.

Drivers on Interstates 65 and 70 through downtown Indianapolis should notice a new trend in early February thanks to a shift in road closures for continued work on the interchange.

From southbound I-65 to eastbound I-70, motorists are now being redirected to temporary lanes on the newly constructed Lewis Street Bridge, while crews continue building and paving elsewhere.

Other North Split closures have been extended or adjusted due to the recent wave of extremely low temperatures. Lewis Street is scheduled to open on February 1 and Vermont Street on February 5.

Indianap: What you need to know about the Culture Trail expansion, including timing and cost

Here are the road closures to expect in Indianapolis in February:

Delaware/11th Street ramp to I-70 East

Market Street: Until March 14 (extended due to weather)

Morning of February 5: The 500 3-mile, part of a series of races leading up to the OneAmerica 500 festival mini-marathon, will jam several streets southeast of Lucas Oil Stadium throughout the morning, including parts of Delaware and south streets. See a map of the course here.

Morning of February 13: The LoveStruck Run Indy is a 5K that will start and end on Meridian Street at Brothers Bar & Grill. The route, and therefore closed roads, heads west to the Indianapolis Zoo, south on White River Parkway, and downtown via South Street. See a map of the course here.

Or: Between Derbyshire Road and Twin Brooks Drive.

When: Until the end of July.

Why: To replace the bridge over Derbyshire Creek, including new guardrails and causeway approaches on each side.

Deviation: Via McFarland Road, Southport Road and Madison Avenue. Residents will be able to access their homes.

Or: Between 62nd Street and Broad Ripple Avenue.

When: Until early March.

Why: A private construction project on the block involves heavy steel and crane work.

Deviation: Use Kessler Boulevard East Drive, North Meridian Street and 71st Street. Note: Nearby Carrollton Avenue is a southbound one-way street that is not part of the official detour. The red line will not be impacted.

Or: Between Linden Street and Villa Avenue.

When: Until the end of February.

Why: Underground public works for the construction of a new Indiana University Hospital.

Deviation: The main entrance to the Methodist Hospital emergency department on 16th Street has reopened. The temporary access road from Capitol Avenue will also remain open throughout the utility work. The Red Line bus stations at 14th and 18th Streets will be closed until March 30, with a detour to three temporary stops along Meridian Street at 10th, 13th and 16th Streets. Users of routes 18 and 28 can use these same temporary stops.

Why: Underground public works for the construction of a new Indiana University Hospital.

Deviation: Heading south on Capitol, take 18th Street East to Meridian Street as an alternative. Traffic lanes are reconfigured between 14th Street and the Starbucks to accommodate northbound and southbound traffic.

Why: Construction of a roundabout, linked to the Community Justice Campus project.

This article originally appeared on Indianapolis Star: Road Closures in Indianapolis: Where to Expect Construction in February

The President chairs a meeting on road safety issues