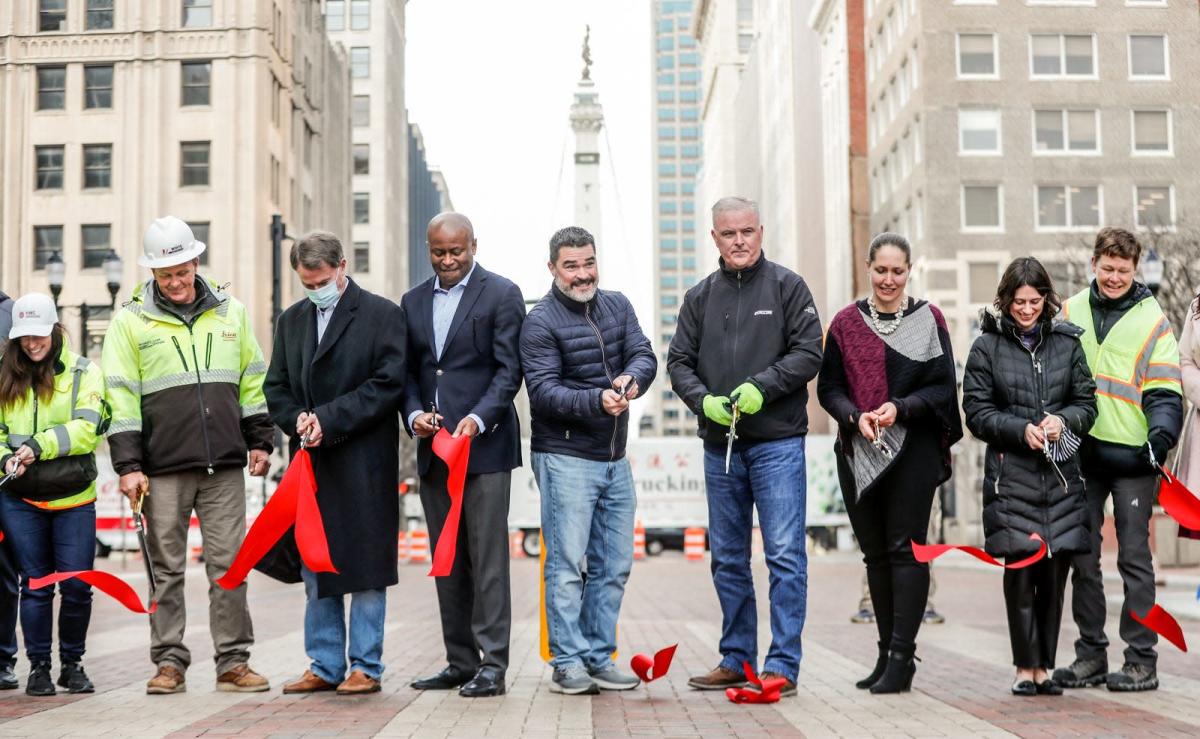 This story has been updated with new times for some closures related to the North Split Project.

A near-permanent item on IndyStar’s monthly roadworks lists is finally gone: Indianapolis officials in December cut the ribbon on the East Market Street block between the City Market and the City-County Building after a 15-month closure.

But there’s still a lot of work to be done as part of the city’s vision to revamp the Monument Circle area – including the East Market Street counterpart, West Market Street between Illinois and Meridian Streets.

Sure, Indiana Department of Transportation The North Split project is also behind a series of revolving road closures in January. Work will continue on New York Street and Saint Clair Street under the freeway until mid-January, when there will be further closures. This project will accompany us until Thanksgiving.

Here are the anticipated road closures in Indianapolis in January:

Or: Between 62nd Street and Broad Ripple Avenue.

When: Until early March.

Why: A private construction project on the block involves heavy steel and crane work.

Deviation: Use Kessler Boulevard East Drive, North Meridian Street and 71st Street. Note: Nearby Carrollton Avenue is a southbound one-way street that is not part of the official detour. The red line will not be impacted.

Or: Between Monument Circle and Illinois Streets.

When: Phase 1, which takes place on the westbound lane, will conclude before the College Football Playoff Championship weekend January 9-10. Then the project will move to phase 2 on the eastbound track, which is expected to be completed by August.

Why: To rebuild the street with an improved pavement and sidewalk system, ADA compliant ramps and crosswalks, streetscape and more parking. This is similar to the recently completed project on East Market Street.

Or: Streets of Missouri, Pennsylvania, Southern and Virginia near Indiana Convention Center and Lucas Oil Stadium.

Deviation: Avoid the area completely bordered by Washington, Delaware, McCarty, and West streets. See a map of the race here.

When: Until the beginning of February.

Why: Installation of a drainage structure as part of INDOT’s North Split reconstruction project.

Deviation: Cyclists and pedestrians should use the Monon Loop. The detour for cars follows 13th Street, Roosevelt Avenue, Commerce Avenue and 16th Street.

Or: Between Pine and Davidson streets.

When: From January 6 to February 4.

Or: Between College and Highland avenues.

Why: Bridge demolition and beam adjustment for the North Split project.

Deviation: Cyclists and pedestrians should use the Monon Loop and 16th Street. The detour for cars follows 16th Street.

Or: Between Pine and Davidson streets.

Deviation: Pedestrians can use Vermont Street; drivers will be diverted to Washington Street.

When: On or after January 11 and for two months

Or: Between Linden Street and Villa Avenue.

When: Until the end of February.

Or: Between Meridian Street and Madison Avenue.

When: Beginning on January 3 and lasting approximately two weeks.

Why: Construction of a roundabout, in connection with the Community Justice Campus project.

When: On or after January 5, until approximately January 10

Why: To install new pipeline across Southeastern Avenue as part of the Twin Aire Road Improvement Project which includes the Southeastern and Rural Street roundabout.

Or: 16th from I-65 to Capitol Avenue, including the intersection with Capitol; Missouri Street and Senat Avenue between 15th and 16th streets.

Why: Underground work for the construction of a new Indiana teaching health hospital.

Deviation: Patients and emergency vehicles will need to use a temporary access road to the emergency department at the Methodist Hospital.

UI health traffic: Some road closures near the new IU Health hospital will last until March

Why: Underground work for the construction of a new Indiana teaching health hospital.