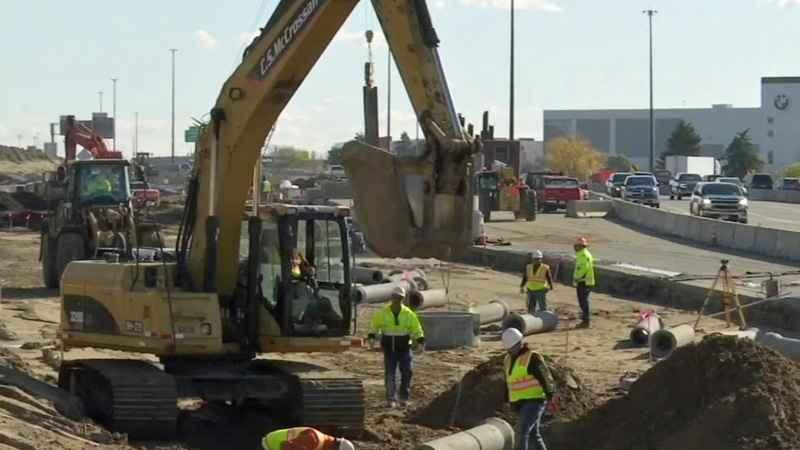 A busy stretch of Interstate 494 from Eden Prairie to Richfield is set to become the state’s largest construction project.

the The Minnesota Department of Transportation Just Received a New $60 Million Federal Infrastructure Grant to help make this possible.

“This is a critical project in Minnesota. It’s one of our most important freight corridors, if not the most important in the state because of the connection to the airport,” said Margaret Kelliher, MnDOT Commissioner.

A nearly 10-mile stretch of the highway will see improvements, including the addition of MnPASS Express Lanes to help reduce rush-hour traffic, road safety improvements and a new pavement to provide drivers with a smoother ride.

Sen. Amy Klobuchar spoke about the project in Bloomington on Monday, saying lawmakers fought for the funding for years.

“I am delighted with this. It shows that we are investing in our infrastructure in the Twin Cities as people start to return to work. We know we want to have a system that works for the future,” Klobuchar said.

Up to 8,500 freight vehicles use the I-494 corridor daily, according to the MnDOT.

The agency said congestion can occur for up to 10 hours a day, reducing travel speed from 60mph to 34mph.

“The study showed that 86 of Minnesota’s 87 counties were represented by vehicles on I-494 on a typical workday. It is a route used by all of Minnesota, whether to airport, to the Mall of America, just to walk through It’s an incredibly important piece of infrastructure in the state of Minnesota, and it’s just wonderful that we’re able to fix that and bring it to a point where it’s a lot more efficient than it is now,” Bloomington Mayor Tim Busse said.

The first phase of the multi-year project will run from May 2023 to October 2026.

Kelliher said MnDOT is working with Google and Apple to update smartphone maps, so drivers know detours before heading into a construction zone.