An unknown number of people are trapped in the rubble of a collapsed building in Ruiru, Kiambu County.

The building collapsed on Wednesday morning May 18, trapping tenants who occupied one end of the premises.

First responders from the Kiambu Fire Department attended the scene of the accident and organized rescue operations.

Several people were trapped after a demolished house collapsed in Ruiru, Kiambu County on Wednesday, May 18, 2022.

Two people were confirmed dead during the rescue operation. Police cordoned off the area to keep the public away.

According to reports, county firefighters have requested reinforcements from the Kenyan army and the National Youth Service to bolster rescue operations.

A section of the building was demolished by the Kenya National Highways Authority (KeNHA) to pave the way for the expansion of the Eastern Bypass into a dual carriageway at a cost of Ksh 12.5 billion.

The state approved the demolitions to ease traffic on the main road linking Mombasa Road to the Thika Highway.

The main purpose of the Eastern Bypass was to create a shorter route to and from Jomo Kenyatta International Airport. Traffic east of Nairobi and surrounding areas was the main target.

This was intended to decongest Mombasa Road and save motorists time wasted in traffic. 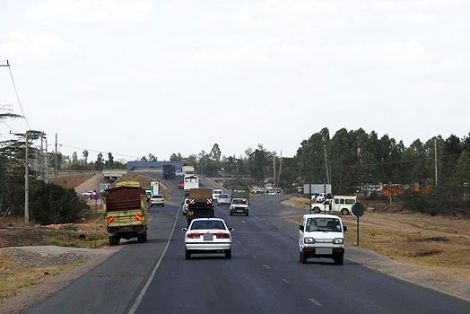 Motorists photographed on the Eastern Bypass.

Some of the regions that have seen an increase in new projects include Kamakis, Utawala, Ruai, Kamulu, Joska, Malaa and Tala.

Experts estimated that land values ​​along and around the bypass would also grow exponentially, making the area suitable for construction.

In March 2022, tenants of a residential apartment in Kinoo, Kiambu County were evacuated after a five-storey building collapsed, leaning on a nearby apartment.