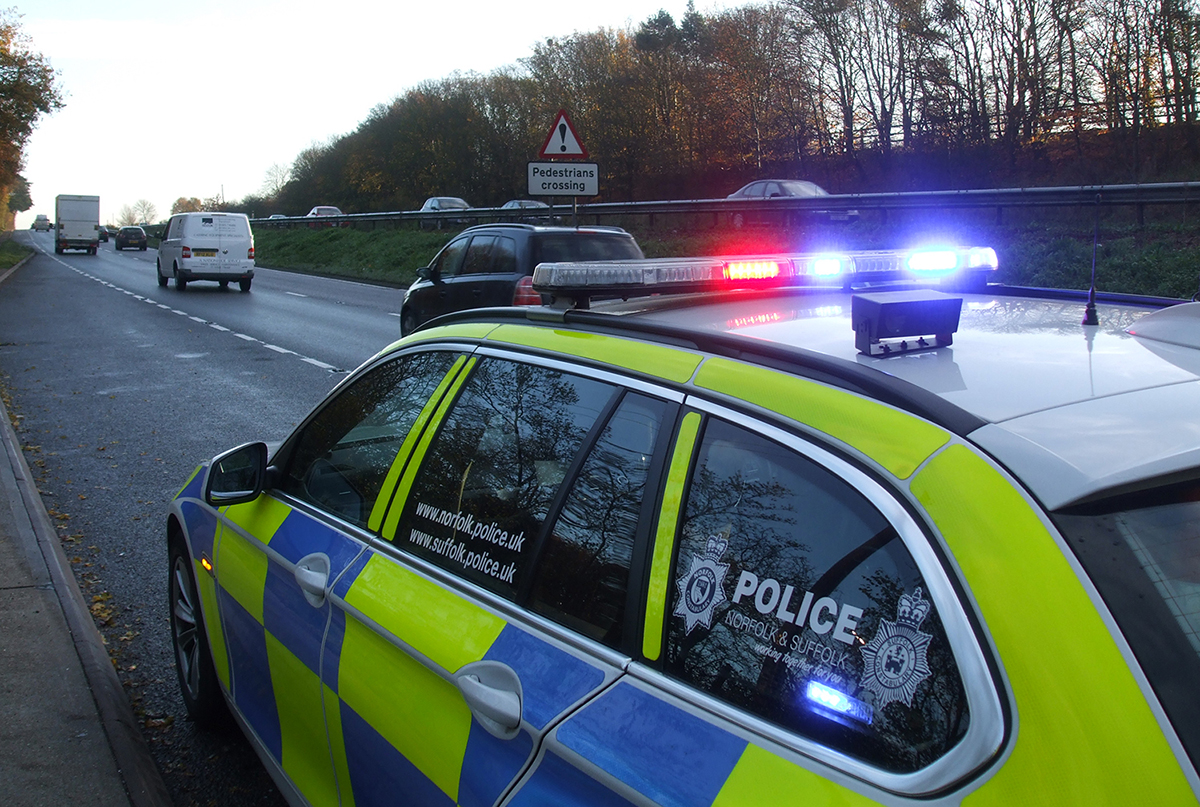 Suffolk Police are supporting a week of road safety initiatives, which aim to highlight the dangers facing vulnerable road users and reduce fatal and serious collisions.

The Vulnerable Road Users campaign aims to raise awareness of the risks encountered on the roads by pedestrians, cyclists, motorcyclists and riders. These groups tend to disproportionately represent those seriously injured or killed in crashes.

The EDWARD project is another UK-wide campaign and runs a series of weeklong events to promote road safety. This year, it is managed by RoadSafe in partnership with Driving for Better Business, a government-backed program to help private and public sector employers reduce work-related road hazards, by protecting staff who drive or travel for the job. work, and others they can share the road with.

The initiative is also supported by emergency services, road agencies, road safety organizations and UK businesses and promotes an evidence-based ‘safe systems’ approach – whose long-term goal is a system. traffic free of death and serious injury. .

National Safe Speed ​​Day was created to be part of Project EDWARD week and will aim to encourage compliance with speed limits for the 24 hour period, with the ultimate goal that no one dies in a traffic accident. road.

In support of these campaigns, officers from the Joint Roads and Armed Forces Police Team (RAPT) will conduct high-visibility roadside checks throughout the county, educating and informing drivers of the risks posed by speeding. and the effects this may have on vulnerable road users. .

Officers will target all motorists who demonstrate a blatant disregard for the law, with particular emphasis on the “Fatal Four” offenses of: impaired driving / drugs; speeding; driving using a cell phone; driving without a seat belt.

Marked and unmarked police vehicles will be used, fitted with speedometers and video recording equipment to target reckless drivers or speeding tickets.

Inspector Gary Miller of the Joint Norfolk and Suffolk RAPT said: “The ultimate goal of these three intertwined campaigns is to promote road safety and reduce the number of serious or fatal collisions.

“Our roads are accessible to everyone, but those classified as vulnerable users are at a greater risk of being injured in a collision, although they represent only a relatively small percentage of all trips taken.

“We want all motorists to drive safely, to be alert to vulnerable road users and to make sure you are passing them at an appropriate speed, leaving enough time and space to do so. They have as much right to be on the roads as anyone else.

“The EDWARD project has the noble ambition to completely eradicate road deaths, which we can all support. The Safer Speeds Day should be a 365 day a year campaign, but we hope that during that 24 hour period everyone will make sure that they are within the speed limits and help to ensure that we have no fatalities on our vehicles. roads.

Tim Passmore, Suffolk Police and Crime Commissioner, said: ‘Whether it’s on two wheels, four wheels, two legs or four, we all have to share the road, so we have to be mindful of all road users. the road to ensure everyone’s safety.

“Motorcyclists, cyclists and riders do not have the same level of protection as drivers, such as seat belts or airbags, which makes them very vulnerable. I therefore urge all drivers to be extra careful while on the move. Giving more space to vulnerable road users and slowing down when passing will really make a huge difference.

“Everyone can help reduce the number of incidents on our county’s roads. If we all show a little more respect and take more time to find vulnerable road users, I hope we can make our roads safer for everyone. “

Motorists caught speeding will receive a traffic violation report (TOR) and face a fine, license points, or even legal action. Some drivers may choose to participate in a speed awareness course.

Further details on activities and events related to the EDWARD project are available on the website www.projectedward.org and via #ProjectEDWARD on social media.

What is happening here? Expect Townline Road construction to continue until spring