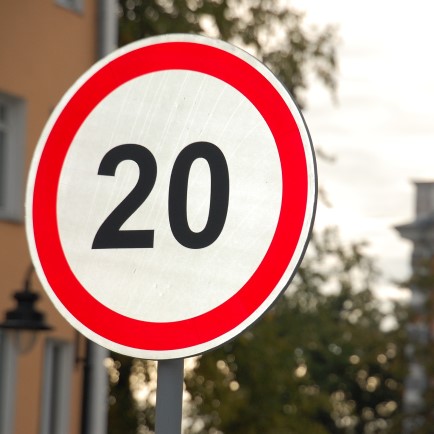 Safer, greener roads are set to be tested in two areas of the borough as council seeks to keep residents safe, tackle speed and reduce vehicle emissions (Cabinet Article 15, January 13) .

Reducing speed limits to 20 mph on residential streets has a number of positive impacts, including increased safety for local residents, and can reduce vehicle emissions.

Proposals for 20 mph pilot zones, follow detailed discussions with local neighborhood councilors and vehicle speed surveys conducted in the Thorpe, Leigh and West Leigh neighborhoods which identified a high percentage of speeding vehicles in these areas.

The routes included in the proposals are:

As there is an underlying historical problem with speed on these roads, it is estimated that only physical measures will have an impact on speed reduction, so a series of measures will be introduced including raised tables, speed bumps, speed cushions and curb constructions. .

The following roads already have 20 mph limits and signage in place, with additional features on offer:

Proposals in these areas include a variety of measures including 20 mph speed limit signs, ’20 is a lot’ markings and banners, and raised speed boards at certain points. entrance and road junctions.

Cllr Ron Woodley, Cabinet Member for Transportation, Asset Management and Foreign Investment, said: “The introduction of 20 mph neighborhoods can have a huge impact on road safety, which is why I am happy. to see that advanced. Reducing speed will greatly increase the safety of local residents and drivers, and can also reduce vehicle emissions, so it is a win-win for the borough.

“We will conduct air quality monitoring before implementation, and after, to assess air quality. I look forward to discussing this further with my cabinet colleagues. “

The test areas will cost £ 500,000 to implement and will be funded through a capital grant from the Department of Transport.