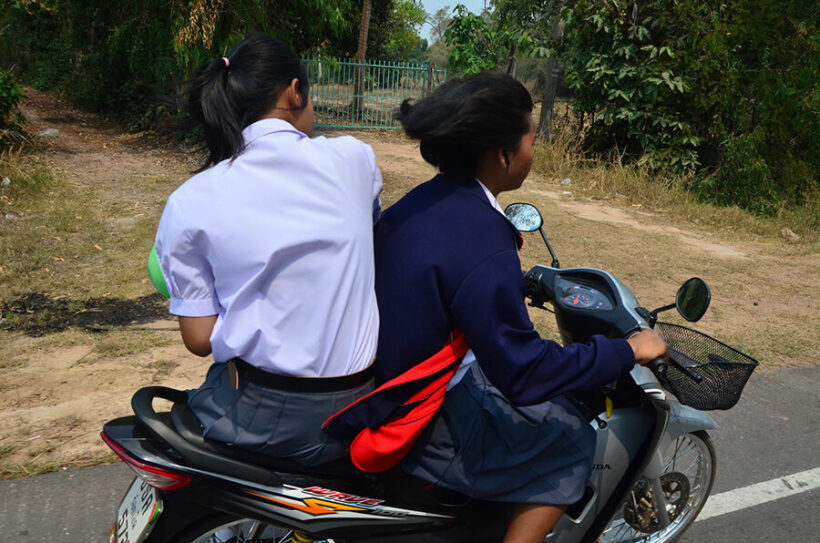 Thailand’s road safety record is under discussion again, with the launch of a new safety campaign. In this case, officials focus on motorcycles, which account for the vast majority of traffic accidents in the kingdom. According to a report by the Bangkok Post, around 80% of bicycle accidents result in death. From Monday, a new campaign in the capital aims to tackle the crisis, starting with the effective application of the traffic code in force.

The campaign is being launched by the Bangkok Metropolitan Administration, in partnership with the police and non-governmental organizations. According to Dr Taejing Siripanich of the Don’t Drive Drunk Foundation, as of January this year 10,926 people have died in motorcycle crashes, including 686 in Bangkok.

Damrongsak Kittipraphat of the Royal Thai Police said the campaign will focus on urban roads, as well as communities and areas near schools and educational institutions. The Bangkok Post reports that a number of food delivery companies are also participating in the campaign. Authorities are urging motorists who see other road users breaking traffic laws to send video clips to the police or the Don’t Drive Drunk Foundation.

The Bangkok Post summarized some of the most common driving offenses observed in Thailand and the corresponding sanction. Drivers who intentionally use the wrong lane can be fined up to 500 baht, while those who use a red light can be fined up to 1,000 baht. Biking on the sidewalk is punishable by a fine of between 400 and 1,000 baht, as well as an additional fine of up to 5,000 baht for breaking the city’s cleanliness laws. Careless drivers can be fined between 400 and 1,000 baht.

Meanwhile, motorcycle riders who break traffic laws and injure others in a traffic accident can face additional penalties, including up to 3 months imprisonment and a fine of 2,000 to 10. 000 baht.