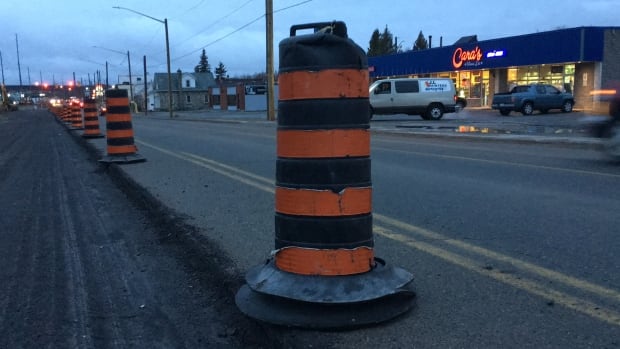 It is almost road construction season in Greater Sudbury, and soon enough drivers will be maneuvering around construction areas on area streets and highways.

The city recently approved $ 58 million in road improvement and drainage projects for this year as part of its 2021 municipal budget. Work of $ 45 million will also be devoted to water and sewer projects.

Crews will begin work – if they haven’t already – on Frood, Kelly Lake and Ramsey Lake Roads. These contracts were concluded in 2020 and construction work has overflowed this year.

“We are making progress with the warm weather that we have experienced,” said David Shelsted, director of engineering services for Sudbury.

“We are seeing some of our contractors starting early, which is a good thing, helping to jumpstart the economy and some of this work, so that we can finish it in favorable temperatures and during the construction season.”

Supply issues could cause delays

Despite the weather that helped construction, there could be delays due to a shortage of some supply materials.

“It wouldn’t necessarily be gravel, concrete or asphalt, as these can be produced locally,” Shelsted said.

“But some of the items that we buy in terms of pipes, and potentially some of the steel coming from bridges. So we hear concerns about the sourcing of some of these building materials.”

Shelsted says there was a shortage of bridge components in 2020, which impacted the planning of some projects.

“We were able to work with our contractual partners to get some of these projects on schedule to be open for the winter season this year,” he said.

“We’re hearing rumblings, we haven’t seen it yet as we haven’t necessarily started construction in most places, but there are concerns about a long-term supply issue on some of our components. “Shelsted said.

One is the widening of municipal road 35 between Azilda and Chelmsford. The current two lanes will be extended to four or five lanes.

In addition, construction will begin on Kelly Lake Road between Copper Street and Junction Creek. This project includes new sidewalks and cycle paths.

The contracts are closed, the work to start in 2021 for: