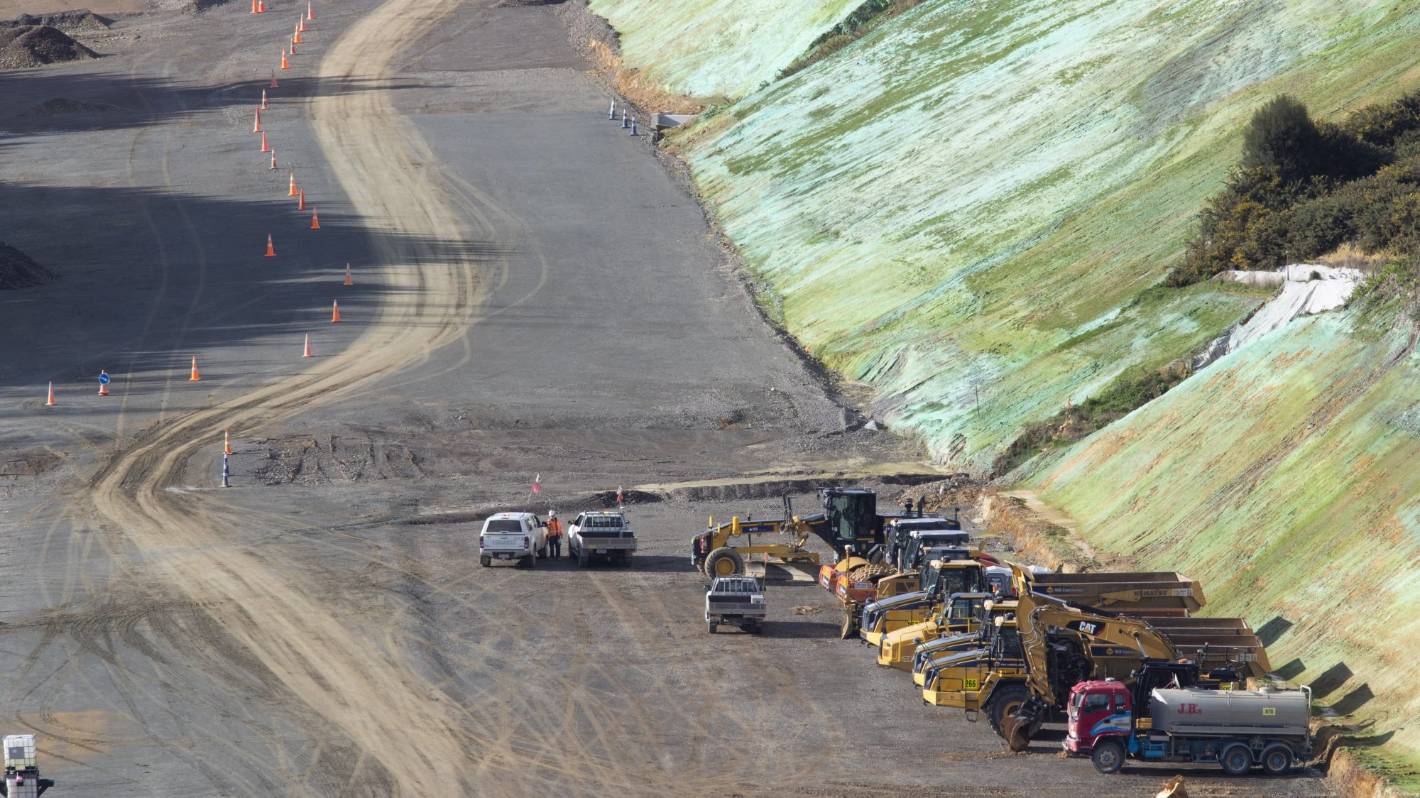 Work slowly restarted on Transmission Gully after the lockdown.

It would be tempting to think that, regardless of the main party in power after September, major infrastructure projects would unfold in response to our economic crisis.

In fact, we can only see a trickle, whether it is a red or a blue coalition.

READ MORE:
* The opening of the transmission ravine could be postponed to 2023 – boss of the Road transport Forum
* Transmission gully: after five years and several delays, the unknowns keep piling up
* Delayed safety upgrades for “Wellington area’s most dangerous road”
* Between stones and anvil: the dilemma of Wellington’s quarry

The reason? Because politicians of all stripes have been doing nothing but lip service to ensure that the rock, stone and sand that form the basis of all infrastructure can actually be provided.

This is despite the rising costs to taxpayers and taxpayers of not planning for careers.

Transmission Gully’s delays and cost explosions are the latest example. There has never been a planning exercise to find out where the enormous amounts of rock, aggregate and sand would come from.

Transmission Gully’s 27 kilometers of four-lane highway will require more than 750,000 tonnes or 20,000 truckloads of construction aggregate.

Of course, there are quarries in the Wellington area, but their products are also needed for all existing and new road projects, as well as for water and other infrastructure suffering from years of neglect and a market. expanding housing in a relatively strong economy – up to Covid-19.

A behemoth like Transmission Gully needed multiple sources of supply; it was only relatively recently that an additional quarry was put into production.

The project was started under the last government without the necessary planning, and little has changed under the current administration. The two failed to make it clear that you can’t build anything unless you have enough locally sourced quarry materials.

As a result, taxpayers ended up paying to haul equipment from as far north as Huntly and across the Cook Strait. Quarry materials are cheap in the form of shavings – maybe $ 20 to $ 25 a ton at the gate; the big cost comes from transportation.

No wonder Transmission Gully is now a more than $ 1 billion project (up from $ 850 million) and its scheduled opening this year could now extend until 2022.

The development of Ōpōtiki Wharf provides an example of what local rock sourcing planning can bring to a project. A stop was requested a few years ago when costs hit $ 150 million, largely because it was proposed to haul rock nearly 100 km away.

The Aggregate & Quarry Association worked with GNS Science and identified five potential sources of supply near Ōpōtiki, some existing quarries and others requiring resource clearances. This helped the government’s announcement in February that the project was moving forward, with a price just above half of the previous high projection. (Local rock sourcing did not make up for all the savings but was a big contributor).

The AQA has since backed an offer for the GNS to conduct a national survey of aggregate resources. We have not yet secured the necessary funding of $ 600,000 from the government; this would identify where the rock resources for the billions pledged by the two main parties in infrastructure spending would come from.

Such planning would also make it possible to delineate areas containing existing and future viable reserves of suitable rock and protect them with exclusion zones, in order to avoid approval of incompatible land uses (e.g. housing ) close to those resources of national importance.

This will not only protect New Zealand’s overall resources, but also avoid resource consent disputes in which quarries are often drawn with close and sometimes quite distant neighbors.

We have put together a backgrounder on these issues and sent it out to all members of Parliament. We are disappointed with the lack of response from all parties. The most positive response came from the co-leader of the Green Party and Minister for Climate Change, James Shaw. He can at least appreciate the carbon savings that local career planning would bring (we also provide materials for rail ballast, cycle paths, footpaths, footbridges…).

We don’t want stones thrown at them – just get some transparency about where politicians see where the materials are coming from for all these infrastructure promises.

Wayne Scott is Managing Director of the Aggregate & Quarry Association.