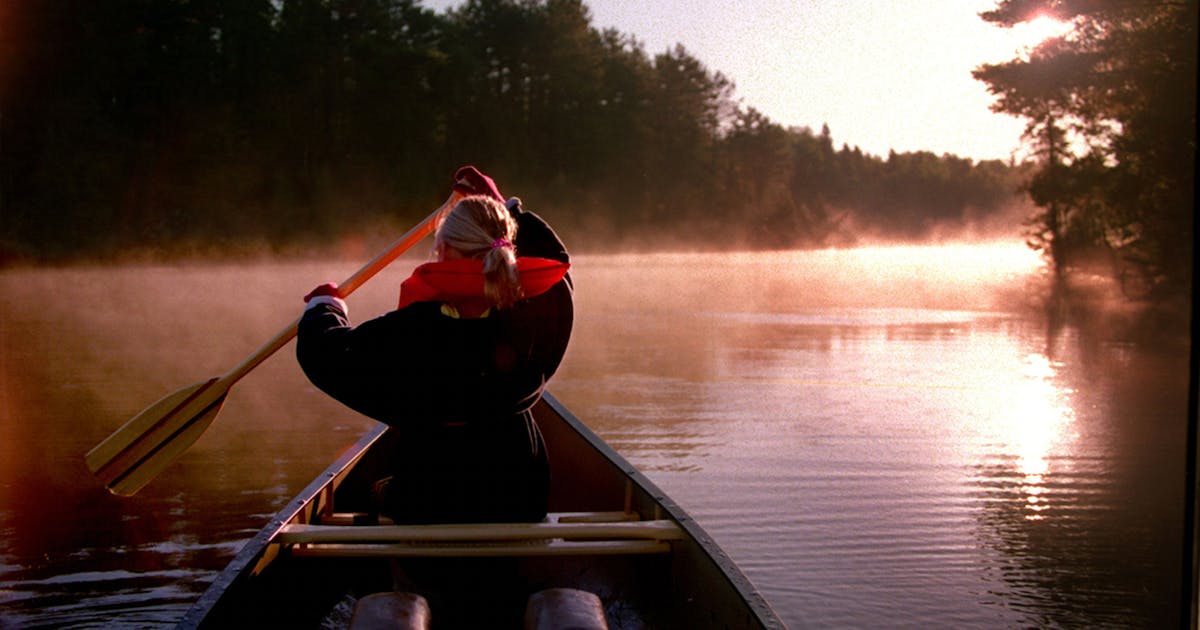 As a resident of Iron Range, I applaud the Biden administration’s decision to complete the environmental study of the impact of sulfide mining on the Boundary Waters Canoe Area wilderness, previously interrupted by the Trump administration. Everyone in this region would love to see more high paying jobs, but the reality is that these projects will only produce a few, be mostly foreign owned and almost certainly destroy more jobs and businesses in the world. process. This type of mining has never been done safely in a water-rich environment, but this study will show whether or not it can be done safely in this location.

The BWCA is a national treasure. It is incumbent on all of us to make a small sacrifice for the good of all and for the future of our children so that we can see and appreciate what we have seen and appreciated: the endangered desert. Selfishly demanding a few jobs for a fraction of the population at the expense of everyone else is not the Iron Chain way of life.

Richard Greelis (“Could a low level shutdown have prevented the shots from St. Paul?” Opinion Exchange, October 13) seems to take offense at the term “low level traffic violations” and implies that it these are color blind stops. rubbish! I suggest he read Michelle Alexander’s book “The New Jim Crow”. The statistics are appalling. Even though there are fewer black drivers, they are much more likely to be stopped and searched, and these drivers are much less likely to have some kind of contraband. I agree that not all law enforcement officers are racist, but to what extent racism exists needs to be clearly examined.

Mr Greelis suggests in a rather defensive tone that if these low-level traffic stops were in effect, the shootings at Seventh Street Truck Park could have been avoided. Maybe, maybe not. We’ll never know, just as we don’t know if their cars would have been stopped anyway.

There are other things that could have been done to prevent shootings such as: (yes) better gun control, better social services for suspects and their families, more police walking the streets and more parole officers. All of these things and more must work hand in hand.

There is no simple answer, but it is not helpful to settle for an opposing view of traffic stops. Coming together in an open and less defensive posture is at least a start.

Marina Gorzig (“Persistent Bias Shows Police Cannot Reform,” Opinion Exchange, October 20) says higher rates of stops and searches of Native American women show police bias . She goes on to admit that Native American women have higher rates of homelessness, substance abuse, and prostitution, resulting in higher levels of interaction with police. But she nevertheless criticizes the police for not having reformed to reduce disparities.

The problem here is obviously homelessness, drug addiction and prostitution among Native American women. No police reform will change that. Blaming the police for the fact that some groups have more social problems than others makes no sense.

There seem to be professions that are asked to solve all the ills in the community as a moral extension of their job description. Three examples for me have always been the police, teachers and general practitioners. Dr. Edward P. Ehlinger’s recent commentary (“Defund the health care system,” Opinion Exchange, October 20) is an example of a well-meaning concern about community health, that physicians have failed miserably to improve performance. health despite exorbitant financial expenses. reward. The tenor of the article implies that the community is able and willing to follow a path of healing and health for the benefit of all if only the right leadership emerges. Moreover, the best way to encourage this would be to finance, supervise and replace the current workers. Since I only have first-hand knowledge of the barriers to community healing from the perspective of 40 years of medical practice, I will address Ehlinger’s points as a physician.

The cost of medical care in the United States, when accounted for, must include profits accruing to health insurers, large pharmaceutical companies, and medical device companies. Insurers are the payers as far as they choose. Doctors can bill whatever amount they want, but will receive what the insurer pays. It could be argued that general practitioners have been funded since the late 1980s.

The American Medical Association? Of the roughly 1 million practicing physicians in the United States (no interns or residents), only a fraction belong to WADA. The average DM feels powerless to create change outside of the clinic.

Another reused mantra is preventative care. Why don’t doctors do a better job of telling us what to do? Some ask why doctors don’t stop crime, poverty, housing shortages, internet misinformation and racism instead of providing “expert opinion and science on community needs and experiences. “.

I know what Ehlinger wants. I want it too. But if we look at the community we have now and insert COVID, it is obvious that prevention, taking care of others without being told, civility and trust are beyond reach for a single profession. Funding of clinics and doctors by high-profit insurers has not improved the situation. Non-medical practitioners are more numerous and more influential than ever. Community awareness and resources for health at the community level and information based on social, nutritional and medical science is ideal. Let’s find the money to pay for this and hope the community is willing to respond altruistically.

It is obvious to me that teachers, cops and general practitioners cannot be sufficiently “funded” to counter the disunity that is showing in what we might wish to be a community.

We learned this week of the sad toll of fatal crashes on Minnesota roads (“Boss Says Slow Traffic”, Oct. 20). We are already trying to deal with the public safety concerns related to COVID, gun violence and opioids – as if these weren’t intimidating enough. So now we are trying to recruit employers to be responsible driving cheerleaders. Hmm. It sounds a lot like a version of “personal responsibility”. This is what I have heard from politicians in states who simply could not imagine anything as drastic as imposing public health guidelines prescribed by experts in the face of the pandemic of COVID: “Our good citizens of [pick your state] do not need government “overbroad”. We will put “personal responsibility” into practice.

Well, we’ve seen millions of Americans struggle to grasp this concept when it comes to the pandemic. Will the Minnesotans heed the employers’ call? I hope so, but I am skeptical. There is one thing that we older people have experienced that works to reduce speeding: a strange custom known as “speed traps”. A police car accelerates at one end of the road and a few police cars at the other end apprehend violators. And There you go ! Personal responsibility is practiced by all! Of course, this traffic management arrangement requires a law enforcement agency with adequate staff and funding. But that’s a whole different letter to the editor.

We want to hear from you. Send us your thoughts here.

Construction of Hoh Road will wrap up for the winter