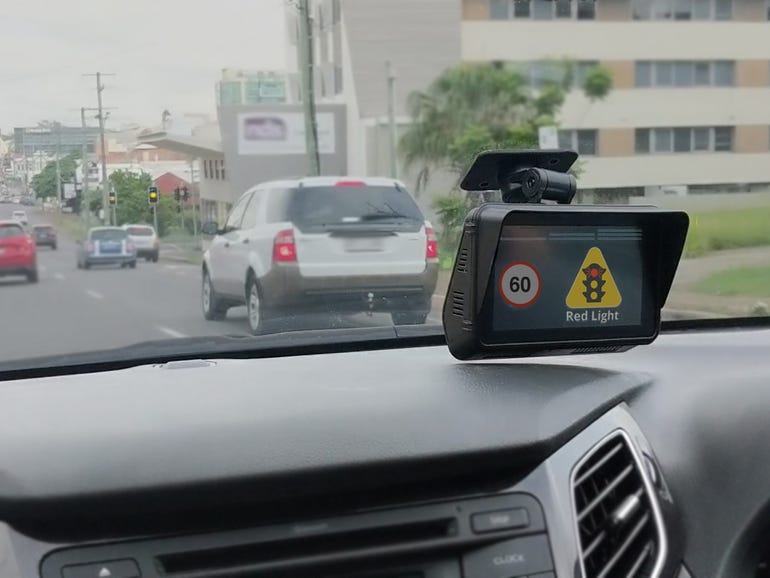 A pilot involved in technology tests that alerted drivers to upcoming dangers on the road, including red lights, pedestrians and cyclists in Ipswich, Queensland, is now complete after nine months.

As part of the Ipswich Connected Vehicle Pilot Project (ICVP), 350 participants had their cars fitted with Cooperative Intelligent Transport Systems (C-ITS) technology, including an antenna mounted on a roof rack, a on-board communication box placed under the driver’s seat, and a display on the instrument panel that signaled safety warnings to the driver.

The equipment made it possible to share the position, speed and other data of each vehicle, while receiving data from traffic lights and traffic management systems related to traffic lights, speed limits, roadworks roads and road hazards.

The pilot covered 300 square kilometers in the Ipswich local government area and included 30 traffic lights equipped with roadside communication devices. These devices, along with those installed in participants’ vehicles, had access to cloud-based data sharing systems throughout the pilot area.

The CPI was issued by the Queensland Department of Transport and Main Roads, in partnership with the Motor Accident Insurance Commission of Queensland, Telstra, Queensland University of Technology’s Center for Accident Research and Road Safety Queensland, iMOVE Australia, Ipswich City Council and the Department of Infrastructure, Transport, Cities and Regional Development.

“The messages received are combined with vehicle data and used to generate warnings to the driver such as red lights, road works, road hazards, traffic jams and pedestrians.”

The pilot project was launched as part of the Queensland government’s broader Cooperative and Automated Vehicle (CAVI) initiative, which aims to reduce the number of serious road injuries and the number of fatalities to zero.

Other CAVI initiatives include a pilot project that tests a small number of vehicles with cooperative and automated technologies, and a project examining how new technology applications can benefit the safety of vulnerable road users. , especially pedestrians, motorcyclists and cyclists.

The state government expects QUT to provide a final pilot safety assessment report on the test in early 2022.

The Queensland government had signaled its intention to conduct trials using smart vehicles in 2016.

More trials are underway across the country to improve overall road safety, including one announced earlier this week by Transport for NSW. He said he was using AI to develop predictive algorithms to help national, state and local governments manage their road safety performance.

Until now, the assessment of road standards has relied on the collection of survey video footage and manual recording methods. But the initiative aims to develop a faster and more automated method to extract raw road data.

Meanwhile, a six-month trial using lidar sensors at a busy intersection in Victoria has shown the technology has the potential to warn road users in real time of upcoming dangers.

The A $ 2 million trial, led by the Victorian government, involved installing lidar sensors at an intersection in Yarraville, which monitored the movement of road users, including pedestrians, cyclists, cars and trucks to identify potential hazards. The sensors were able to detect potential dangers within 0.2 seconds, the state government said.

The trial also looked at how lidar sensors could provide danger warnings to connected vehicles.

Vehicle connectivity could reshape road safety for cities and states