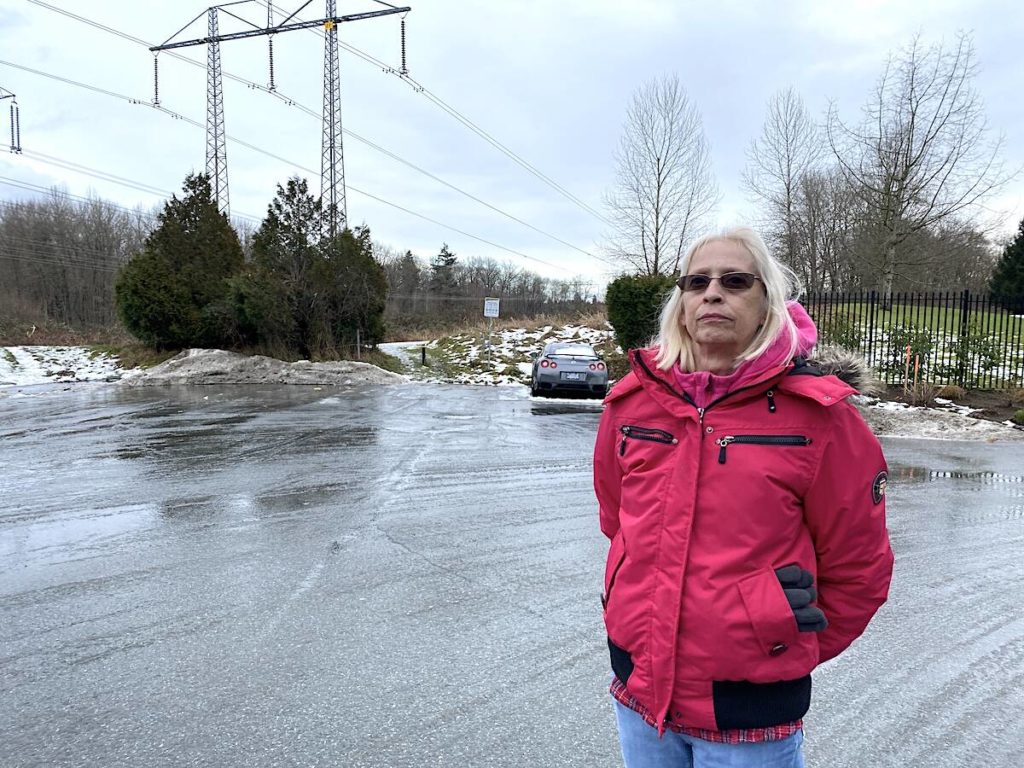 People who live and work at either end of Surrey’s planned 84th Avenue extension fear the imminent arrival of bulldozers to begin work on the controversial road construction project.

Bear Creek Church Senior Pastor Conrad Neudorf is among those concerned about increased traffic and noise off 140th Street.

â€œAnyday I expect labor to start,â€ Neudorf said on Tuesday (January 4). “I think they want to get there pretty quickly, so we’re going to see some downed trees.”

A mile to the west, Julie Cotton worries about the drastic change coming to her corner of 84th Avenue and King George Boulevard.

“We haven’t seen any trucks or anything, but we think they’re coming, because this fence will come down, all these barricades will go down,” Cotton lamented. “It’s going to be so different.”

Last Friday (December 31), the Safe Surrey Coalition’s majority on city council said a B.C. Supreme Court ruling upheld the city was “fully within its rights to proceed” with the project, to extend 84 Avenue along the south end of Bear Creek. Park.

Judge Sheila Tucker denied a motion by the Force of Nature Society, Sebastian Sajda and Annie Kaps, who had asked the court to declare properties affected by road construction as parks.

Mayor Doug McCallum welcomed the judge’s decision. â€œToday we are finally able to move forward in the best interests of the residents of Surrey and I am proud of the leadership of the Safe Surrey Coalition in making this happen,â€ the mayor said in a statement sent by email.

He said church officials have known the road expansion “was a possibility” since the church building was constructed more than two decades ago.

“I think it’s a pointless plan,” Neudorf said. “I’ve heard the reasoning that it’s going to alleviate traffic – it’s not, it’s just another road people can use. They’ve already made some amazing improvements on the corner of 88th (ave ) and King George. I don’t know why it will alleviate a lot of stress, it will just cause more stress in that area. They want to go all the way to Scott Road. There are a lot of accidents on that corner already, I can’t can’t imagine what it will be like once the road is over. People will pass quickly here, I’m sure.

For nine years, Cotton lived in the 114-home complex The Trails at Bear Creek, which exits north on 84 Avenue.

“We asked for a light here, and we don’t get it,” Cotton said. â€œThere will be a median here so we cannot turn left out of this driveway. You will have to turn right and go (towards the east), all the way around. Getting out of here will be a real problem. They suggested we exit through the fire department way, another door on the other side of the complex. It’s not good.”

The new road â€œisn’t going to be a straight line,â€ Cotton noted, â€œit’s going to curve around our lawn a little bit, and that fence will have to come down.

â€œI am very upset about this,â€ she added, â€œand we are fighting well. People walking around asking what’s going on, they don’t know, and they don’t want it either. There were signs on this side but they removed them before Christmas, but the signs are still on the other side near the gurdwara.

On the side of 140th Street, south of Gurdwara Sahib Brookside and next to a Tybo company sign, a pile of gravel sits behind a construction palisade that promises “a new direct route to improve neighborhood access, safety and connectivity.”

Cotton’s neighbor, Glori Smith, had signs of hers last spring.

â€œWe were there protesting in March, but no one is listening,â€ Smith noted. “It’s terrible. We don’t want it. We’d like to stop them because we don’t want a road, and I fought for 28 years living here, the four times they came up with the idea. We got it. ‘ve stopped each time, and this time the city gets away with it.

Sajda, who is also running for city council in 2022 under the Surrey Connect slate, is chairman of the company and is part of the Friends of Bear Creek Park group which protested at 84 Avenue at King George Boulevard and 140 Street on Saturday. .

In July, the Force of Nature Society, Sajda and Kaps filed a petition in the Supreme Court of British Columbia against the City of Surrey.

Subsequently, the Supreme Court of British Columbia granted an interim injunction, then a permanent injunction until the hearing of the application, held on October 14 and 15.

The 84 Avenue extension was approved in July. At a council meeting, the majority of the Safe Surrey Coalition awarded over $16.2 million in building grants, tied to the project.

McCallum’s statement notes that the project was “widely” approved due to “heavy congestion” at 88th Avenue and King George Boulevard.

â€œFor many years this was Surrey’s most dangerous intersection for motor vehicle collisions. The 84th Avenue extension will provide a safe, convenient and reliable alternative connection between Newton and Fleetwood that will reduce pressure at the aforementioned junction.

Meanwhile, Sajda said he knew it was “going to be an uphill battle from the start”.

But he added that he suspects the roughly two-and-a-half-month wait for the decision could be related to the intervention of the BC attorney general’s office.

â€œIt was essential that we try. We believe this route is bad policy and that position has not changed. We continue to monitor a number of other issues with this project, such as the unaccounted-for rise of BC Hydro towers in the project area, which promises to add millions to the cost of this road.

Other issues, Sajda said, include ongoing problems with contaminated soils due to old dump sites along the planned road, the culvert and the upcoming bird nesting season.

“Only one hummingbird stopped the TMX for a few months,” Sajda noted.

with files by Lauren Collins and Tom Zytaruk