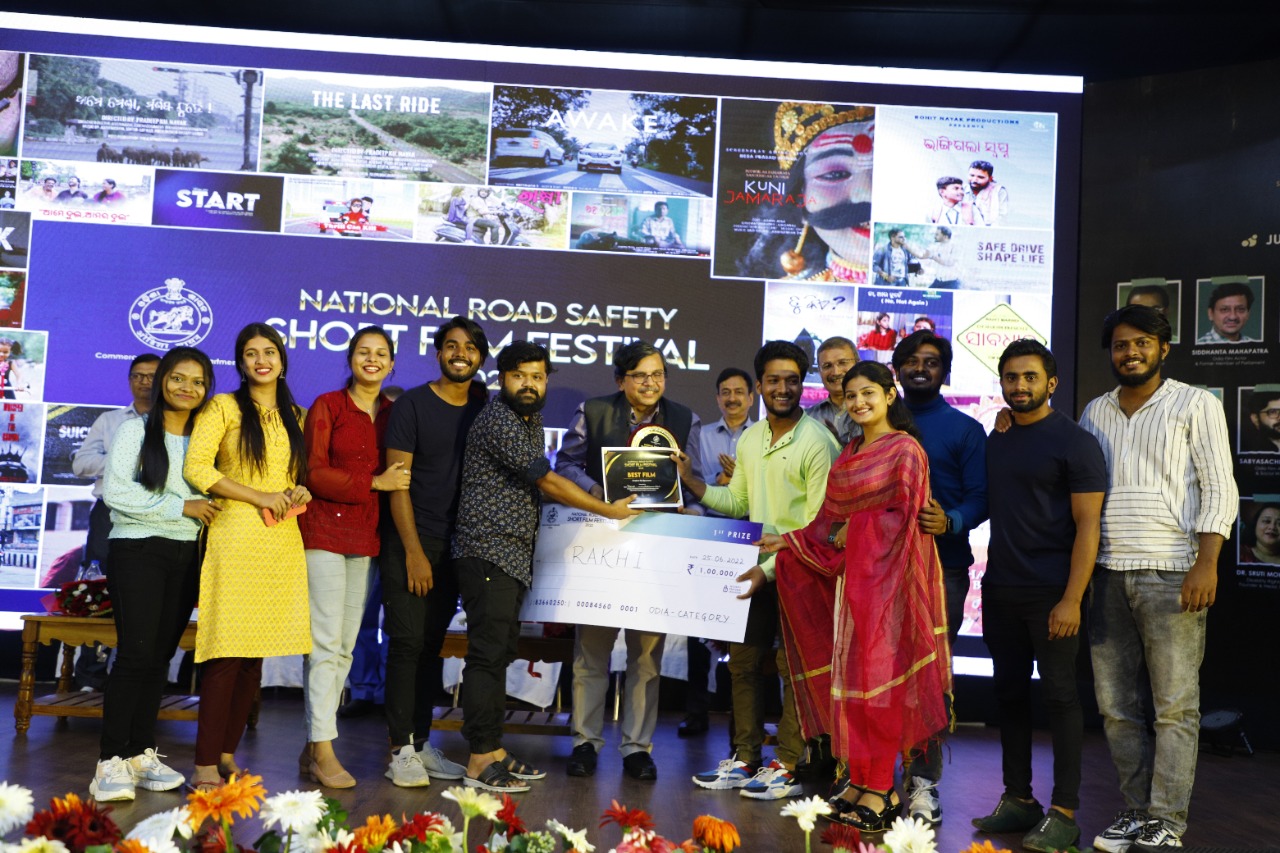 Puri: The National Road Safety Short Film Festival 2022 award ceremony was held at Puri City Hall on Saturday. ‘Rakhi’, a film based on the brother-sister bond directed by Manmaydey of Balasore won the best film award in the Odia category. ‘The Power of 2 Sec’ directed by Pankaj Gupta from Bangalore received the Best Film award in the Non-Odia category. They were congratulated by Justice S. Muralidhar, Chief Justice of the High Court of Orissa, who graced the occasion as the chief guest.

Speaking on the occasion, Justice S. Muralidhar said: “The issues raised in films on the theme of road safety are very relevant. I hope this festival will raise awareness about safe driving habits and help us reduce road accidents and related fatalities. This festival is also a revelation for the judiciary.

He further added, “The involvement of children in these films reflecting major road safety issues is very encouraging.” He also said there was a need to focus on road safety issues such as pedestrian safety, cyclist safety, drowsy driving, overloaded trucks and off-road vehicles on the roads.

In his address, Justice Murahari Sri Raman urged to focus on first party insurance for all vehicles, free treatment for trauma patients for the first 48 hours of accident, blood donation and a well-equipped ambulance at regular intervals on the roads.

Addressing the gathering, Sunil Kumar Bansal, DGP, Odisha said, “Movies have a powerful impact on audiences. Road safety films will be a eureka moment for thousands and thousands of people. Festivals like this will help us raise awareness about road safety. I urge everyone to wear a helmet when riding two-wheelers. It will save huge lives.

The festival was organized with the aim of raising awareness of road safety issues and promoting increased commitment to road safety cooperation in the state of Odisha as well as across the country to reduce road accidents and related deaths.

On this occasion, all the members of the festival jury were also congratulated. Jury members include Kuna Tripathy, former President of OFDC and popular actor from Odia, Sidhanta Mohapatra, former MP and veteran actor, Rajesh Touchriver, national award-winning filmmaker, Dharitri Patnaik, entrepreneur and philanthropist and Sujit Mohapatra, Bakul Foundation and author were present on the occasion.

A total of 230 entries were received from all over the country for the competition which was open until June 10, 2022. The festival was organized in accordance with the guidelines of the Supreme Court’s Committee on Traffic Safety to raise awareness of traffic issues. road safety.

Filmmakers, amateur cinephiles and students submitted entries in the form of documentary, experimental, storytelling, fiction, non-fiction and animation. From Delhi to Kerala, there are entries in many languages ​​other than Odia, including Hindi, Telugu, Malayalam and English, on various aspects of road safety. There were film submissions from around the corner and from around Odisha. Apart from the Odia languages, there are many Santali language entries as well as tribal belts in the state.

In the final stage of the festival, the shortlisted films were screened on Saturday June 24, 2022 at Puri Town Hall. Around 700 students from different schools in Puri attended on the first day. The screening of the top 42 films received an overwhelming response from everyone present at the event. On the first day, about 32 child artists who acted in the various films and the 42 best members of the film crew were congratulated.

Earlier, these 42 shortlisted films were screened in Rourkela on June 18-19. All shows held at a local multiplex sold out and audiences responded enthusiastically to the festival, a first of its kind in the country.

Written and Directed by Kalinga Jaysingh