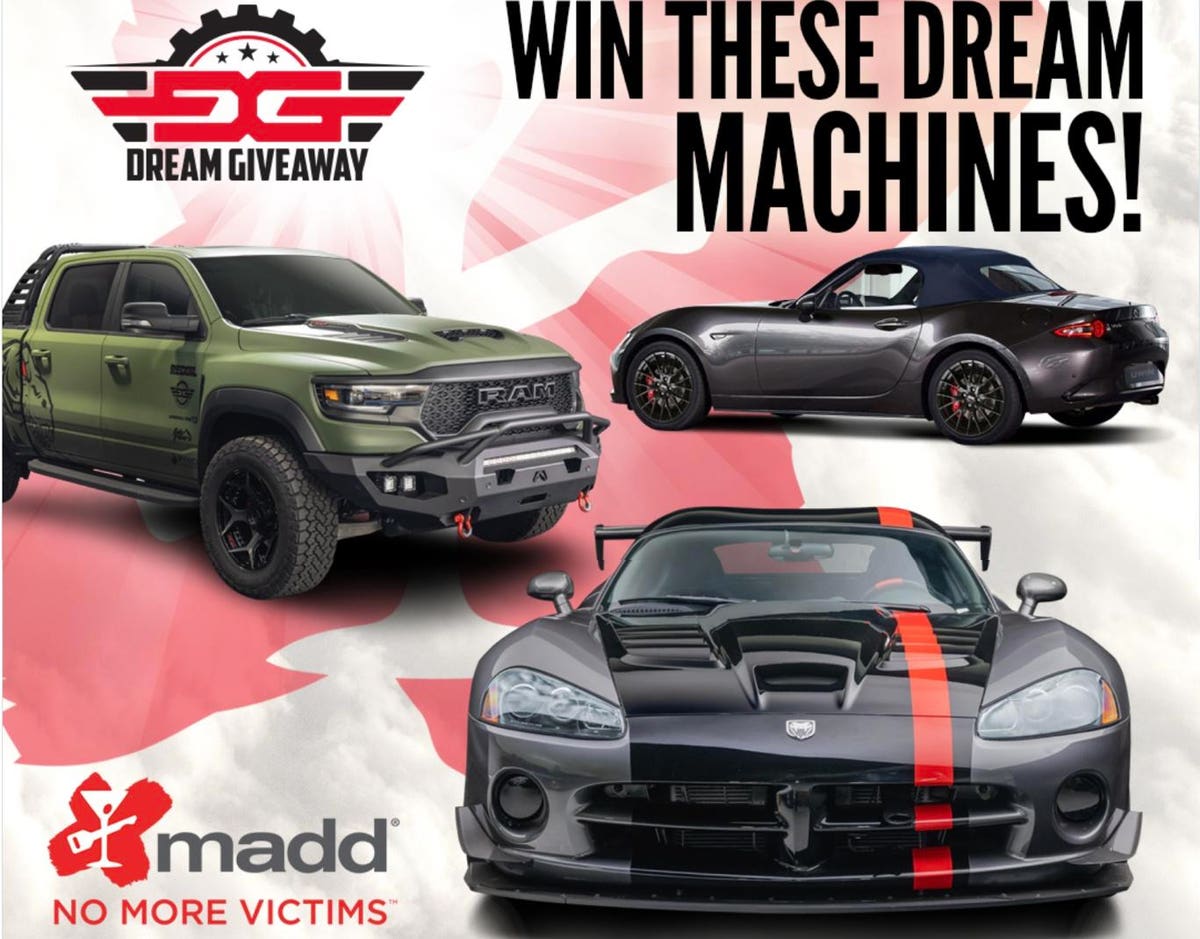 Following a social media outcry, a US traffic safety campaign group has deleted a tweet promoting a muscle car “dream giveaway”. Mothers Against Drunk Driving, or MADD, currently raises funds through the Dream Giveaway Websitewhich, since 2008, has used ticket sales – and written entries – for a chance to win performance cars and trucks.

Donations channeled through dreamgiveaway.com have raised millions of dollars for various 501(c)(3) charities, including cancer charities.

However, as MADD campaigns against dangerous driving, it is perhaps odd that the nonprofit is raising funds with a promotion glorifying and celebrating sports cars and SUVs.

“We share the vision of safer roads for all and respect all victims, survivors and advocates who work tirelessly to eradicate all forms of dangerous driving,” MADD President Alex Otte told Forbes.com via e -mail.

“Given our country’s crisis with increasing deaths on our roads, we have deleted our tweet and are moving forward with heightened sensitivity,” she revealed.

The now-deleted tweet featured three high-performance motor vehicles and read, “Park one of these Dream Machines in your garage! The tweet ended with the hashtag, #NoMoreVictims.

While the tweet is gone, the Dream Giveaway promotion continues. In a YouTube video embedded on dreamgiveway.com, Otte states:

“Your participation in a Dream Giveaway helps us provide services to a drunk driving and drug victim every three minutes.”

MADD was founded in 1980 by a mother in California. Candice Lightner launched the association following the death of her daughter, killed by an impaired motorist. The non-profit organization, which operates in the United States, Canada and Brazil, has been raising funds through Dream Giveway’s automotive promotions for several years.