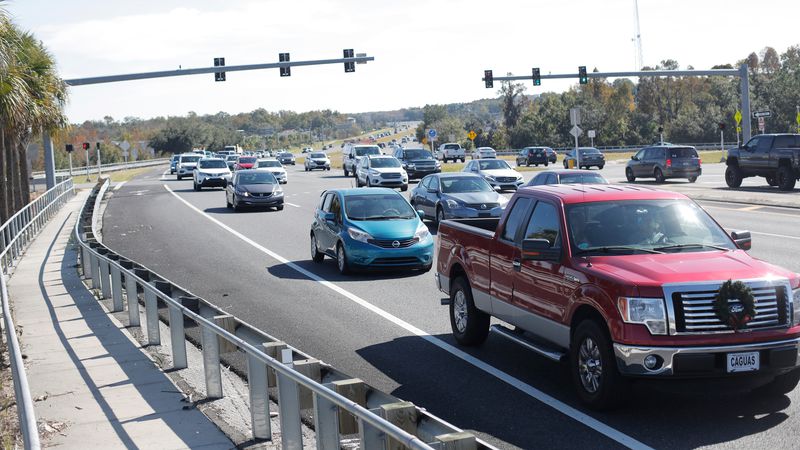 A Florida construction company, responsible for dozens of local highway projects over the past three decades, announced this week it would close its doors, leaving tens of millions of dollars of work in progress unfinished.

In a statement, Levy County-based DAB Constructors, Inc. said it would now leave those projects to their surety companies.

According to the statement, the DAB’s “death blow” came from the management by the Florida Department of Transportation of the diverging diamond interchange from State Road 56 to Interstate 75 in Pasco County.

The Florida Department of Transportation defaulted DAB Constructors on this project several weeks ago after the company abandoned it. The project had already taken months of delay.

“Despite the existence of significant errors in the project design provided by FDOT and the recommendation of an independent dispute review panel which confirmed DAB’s claims regarding the existence of the design errors and the impact resulting in the timing of the project and the costs to be accomplished, the FDOT declared DAB in default, ”wrote Debora and William Bachschmidt, president and vice-president of DAB Constructors in their statement.

“The Florida Department of Transportation is aware of reports that the DAB has closed and pulled out of FDOT projects. For the moment, the department has not received formal notification of this action from the DAB and, until that time, the FDOT will continue to monitor their current contracts and expect them to fulfill their obligations ”, Carson wrote in an email.

The delays at the Pasco interchange have prompted several discussions from Pasco County commissioners, concerned about continued congestion in the busy construction zone. The $ 33.6 million project was originally slated for completion, according to DOT records. But the project did not meet that deadline and the hopes of the commissioners, who did not want another busy winter season to end with unfinished business.

Prior to the default, DAB had raised $ 24.4 million from the state for the completed work.

“We suffered a classic domino effect, as our acceleration efforts had diverted resources from other ongoing projects and drained millions of dollars to the company, so operations could not be sustained,” wrote the Bachschmidts.

The statement said Pasco’s problems led to problems in the management of three other large projects in Citrus County, stretching nearly 18 miles from the busy US 19. Two were aimed at widening the US 19 from four to six lanes. The first was through Homosassa, a $ 32 million contract that was originally slated to close in late 2018, according to the Florida DOT Projects website. The second headed north, from Homosassa to Crystal River, a $ 52 million project that began in late 2018 and was slated to end in December.

DAB was also the contractor of a resurfacing and multi-use trail project on US 19, from the Hernando County Line to where the widening projects started south of Homosassa, a project of a prize of $ 20 million for which only $ 5.3 million has been paid to DAB to date. The contractor also participated in an as yet unfinished local road resurfacing project in Citrus County.

The Bachschmidts wrote that the company could no longer afford to self-finance projects and noted that it was one of the few women-owned businesses in the industry and was able to meet standards as well. state while winning deals over the years. .

Sixteen-year-old heavy equipment operator for DABJ Collier learned of the closure when he arrived at the Homosassa job site on Monday morning and was told his job had ended and he would not receive any severance pay.

Citrus County officials spoke to DAB officials as recently as last week about their local road project and expected work to continue, according to the county’s engineering director. , Brian Kauffman. The only other correspondence the county received, other than payroll requests, was a letter about the changes to the ATM

In recent years, the Bachschmidts had entrusted the business operations to their son, Foster Bachschmidt. State enterprise records indicate a change in the company’s leadership on July 19, just after the DOT declared the DAB at fault on the Pasco project: Foster Bachschmidt was removed from his post as vice chairman of the operations and assistant secretary.

The letter sent to Citrus County last week confirmed the change, stating that “as of now, Foster does not have the authority to speak on behalf of, or enter into agreements on behalf of DAB Constructors,” a writes William Bachschmidt. “We wish Foster the best.”

Ministry of Transport of Plastic Waste from Road Construction