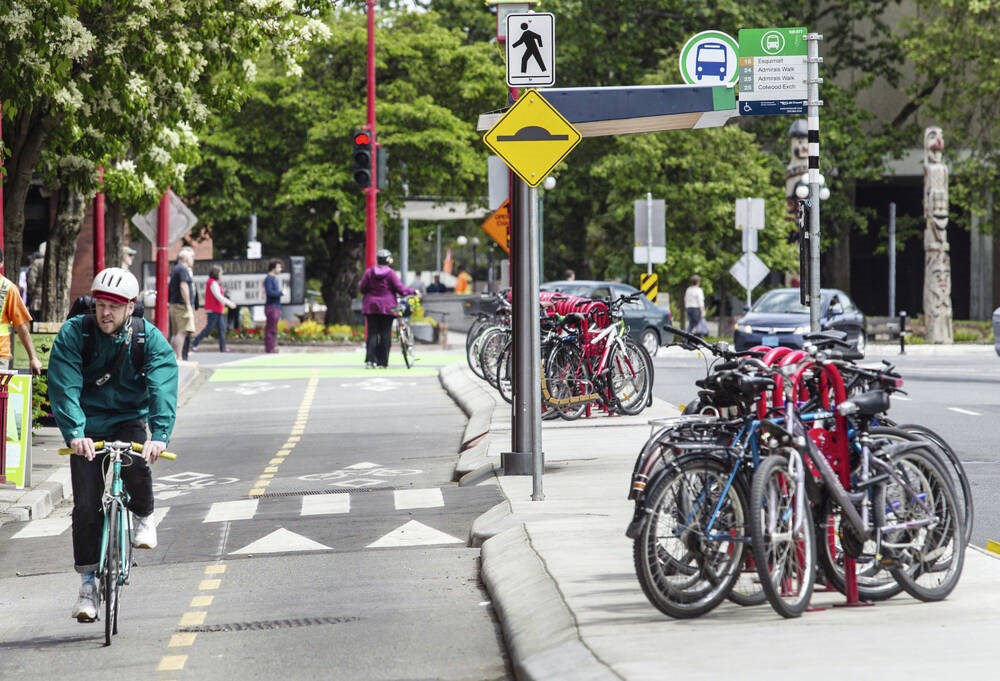 It’s interesting to notice how some things change as society goes through the clutches of COVID.

Thanks to science and medicine, there is no doubt that we are experiencing the problem of COVID in a very different way than a year ago. The world around us has changed. Look at the economy to start.

You wouldn’t think it, but traffic and road safety is one of those things that’s been badly affected by COVID and our responses to it.

I found some fascinating data that road safety analysts looked at when they started comparing road safety trends between Canada and the United States.

Spoiler alert: At the moment, driving north of the 49th parallel is much safer than on American roads.

In 2021, there were 42,915 road deaths in the United States, compared to 38,824 in 2020, an increase of 10.5%. US Transportation Secretary Pete Buttigieg recently called the numbers “a crisis on America’s roads that we must solve together.”

Why would that be?

Physically, our urban and rural environments are nearly identical in terms of road layout, signage, traffic rules and civil engineering.

We essentially drive all the same types of vehicles through an integrated system of automobile production, market distribution and sales.

However, there are important distinctions in culture and transportation policy at play in comparing Canada and the United States.

For one thing, the American motorist has essentially abandoned the standard sedan as the vehicle of choice. While there is a similar trend in Canada, we seem to be more satisfied with smaller versions of SUVs or “non-sedan” vehicles.

In contrast, thanks to a series of large-scale price discounts and dealer incentives, the large market for luxury trucks and SUVs in the United States has exploded. Seventy percent of all US car sales are now either pickup trucks or SUVs.

I have already written about this. Large heavy vehicles are dangerous beasts.

A recent study by the University of Hawaii showed that between 2000 and 2019, 1,100 American pedestrian deaths alone can be attributed to the increase in the number of SUVs on their roads.

The problem lies in their increased weight and disproportionate size compared to an average sedan. With large vehicles proliferating on American roads over the past 10 years, small objects – like people – have a much lower chance of surviving an impact.

Another issue affecting collisions is the huge cost difference between filling your tank in Canada and the United States.

At the time of writing, gasbuddy.com shows that a liter of fuel in the United States would cost $1.25 Canadian. The average Canadian price per liter is just under $2.00.

Differences of 30-40% are not insignificant and may explain why more Americans hit the road than we do in the North. More miles equals more risk of collisions.

Increasingly, we are seeing stories of Canadian motorists changing their driving behavior, such as foregoing driving vacations, simply because of the exorbitant increase in our gas prices over the past year.

Driving in Canada is also safer because we have taken a much tougher stance against impaired driving over the past decade.

Most provinces have abandoned their use of the federal criminal code to prosecute drunk drivers and moved to much more immediate and effective provincial enforcement systems.

The automatic impoundment of vehicles for driving over the limit or refusing to provide a breath sample, coupled with heavy administrative penalties and suspensions, has, for example, reduced the number of deaths from drinking and driving in British Columbia between 2010 and 2019.

Finally, Canadians use public transit more than our American cousins, and rail and bus travel, respectively, are rated 30 to 66 times safer than motorized vehicle travel.

Our numbers are somewhat skewed, as about a third of Canadians live in the metropolitan areas of Toronto, Montreal and Vancouver and each of these cities now offers well-developed public transit and cycling infrastructure, eliminating thousands of individual trips. by car.

Nationally, Canadians use something other than a car to get to work twice as much as Americans.

We’re far from perfect in our commuter country, but these are encouraging trends for the Canucks. The positive aspects of our riding culture is something we need to keep in mind as we truly move past the COVID era.