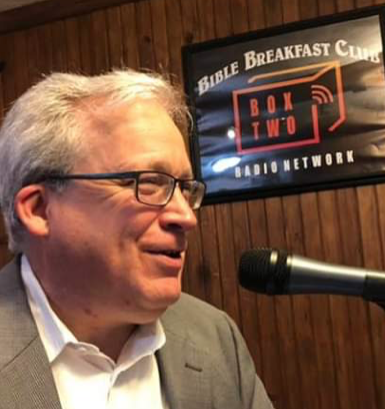 A new year would be an opportune time for the Kentucky Transportation Cabinet to update its bidding policies for expensive and in many ways obsolete highway construction, reminiscent of when smoky deals made with a wink and a nod dominated the political landscape of Kentucky.

If good practice is no longer acceptable when it comes to choosing our political leadership, then the winks and nods between powerful and politically connected road contractors in the bidding process, which fact that contractors have a monopoly on local projects, especially asphalt. paving.

Such practices increase the costs of roads and bridges, reduce the resources available for necessary construction, and fail to provide Kentuckians with an adequate return on their hard-earned taxes.

Of course, the practice is not obvious.

Rather, researchers at the University of Kentucky see this as “tacit collusion.”

“Tacit,” “inferred” and “understood” are listed synonyms for “tacit” in my practical thesaurus that seem relevant to the discussion of the Transportation Cabinet’s highway bidding policies and practices.

Such “understood” arrangements may be “tacit”, perhaps even legal, but they are not without consequences for our republic and its taxpayers.

The lack of competition means it costs more to build, maintain, and repair Kentucky’s roads and bridges than it would or even have to do otherwise.

An analysis from the Kentucky Center for Investigative Reporting (KyCIR) found that one in three road works contracts awarded between 2018 and October 2021 – with the exception of one month in 2019 when the state failed to provide Bid information – was single bid contracts “in which the company winning the contract was the only bidder. Almost 60% of these bids exceeded the cost estimates of state engineers.

KyCIR found that only one contractor won a state contract this year in eight counties in eastern Kentucky and was the sole bidder out of 154 projects costing taxpayers more than $ 87 million; 60% of those contracts were also priced higher than the Commonwealth’s own estimates of what the jobs should cost.

KyCIR also reported that 85% of contracts with multiple bids were awarded at a total cost of a quarter of a billion dollars less than what state engineers estimated they should cost.

How many roads and bridges could the cabinet build and repair by freeing up money generated by more competitive tenders rather than using nefarious measures like increasing the gasoline tax? ‘State ?

The Transport Cabinet should – but for some reason doesn’t – do everything it can to ensure that.

McNeill told the committee that only four companies won 39 of the 44 single-bid contracts awarded between 2019 and 2021 in four counties: Fayette, Scott, Bourbon and Clark.

Of the total of 59 contracts awarded, McNeill said he could only find four times “where one of these companies bid across counties.”

Road contractors claim that such scenarios occur because companies are bidding on projects closer to their asphalt plants. Still, McNeill provided evidence to University of Kentucky economists that these four contractors got single-bid projects at a greater distance without bidding on many that were very close to their factories.

McNeill noted during his testimony that the goal is not just to prevent the firm from awarding one-off contracts – what he calls a “band-aid on a bigger problem.”

Rather, it is a question of increasing the number of calls for tenders, which, as KyCIR reports, allows taxpayers to achieve significant savings.

While McNeill did not claim that the information he presented proved “tacit collusion” within the Kentucky highway industry, he did argue that there was more than enough business activity. dubious bidding to at least justify an audit of the firm’s bidding practices.

State Auditor Mike Harmon has indicated he is a “follow the data” leader.

Isn’t this the kind of data that calls for an examination of the tendering practices of transport firms to increase competition and thus get more miles with Kentuckian dollars?

Jim Waters is President and CEO of the Bluegrass Institute for Public Policy Solutions, Kentucky’s free market think tank. He can be contacted at jwaters@freedomkentucky.com and @bipps on Twitter.

What to expect in 2022 as Green prepares for the construction of Chemin Massillon, part 2