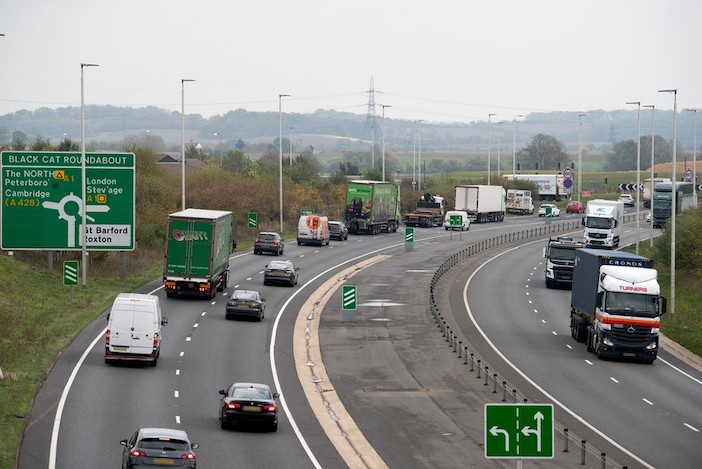 Highways England has awarded Skanska a Â£ 507million contract which will allow the company to design and build the A428 Black Cat Improvement Program at Caxton Gibbet, which will include 10 miles of two-lane road.

The new road will link the A1 Black Cat roundabout in Bedfordshire to the A428 Caxton Gibbet roundabout in Cambridgeshire. The two existing roundabouts will also be transformed into modern and fluid junctions and a new junction will be added at Cambridge Road, near St Neots.

The project replaces the only remaining section of the single track between Milton Keynes and Cambridge and tackles one of the region’s most notorious congestion hotspots.

â€œThe A428 Black Cat upgrade program at Caxton Gibbet will transform one of the busiest road links in the east of England, helping to save living drivers an hour and a half on their journey, work and travel in and around Bedfordshire and Cambridge trips every week, â€says Lee Galloway, acting manager of the Highways England A428 Black Cat Improvements Project at Caxton Gibbet. â€œWe are extremely happy to be working alongside Skanska as we progress through the design stages of this project and begin major construction. “

â€œWe are delighted to have entered into this contract with Highways England which will bring lasting benefits to the region. It builds on our long-standing and trusted relationship with Highways England, through which we have successfully completed many projects, â€said Jonathan Willcock, Managing Director of Skanska Infrastructure Business. â€œWe know the area well and will work closely with the communities along the route to help keep the roads in working order during the works while providing training and employment opportunities to the local population, contributing thus to leave a lasting legacy. “

A number of intersection improvements will also be made, including a new three-story junction at the Black Cat roundabout allowing smooth traffic on the A1 and the new two-lane road. It will also create better routes for walkers, cyclists and horse riders and improve links to St Neots and its train station.

Around 25,000 vehicles travel daily on the A428 between Cambridge Road and Caxton Gibbet. With considerable growth in housing and employment locally, this number is expected to increase to around 33,000 vehicles by 2040.

The project is led by Skanska, who works closely with design partner Mott McDonald and Highways England. Skanska won the job under the Highways England (RDP) Regional Delivery Partnership, for which it is a delivery integration partner for the East of England and Midlands regions.