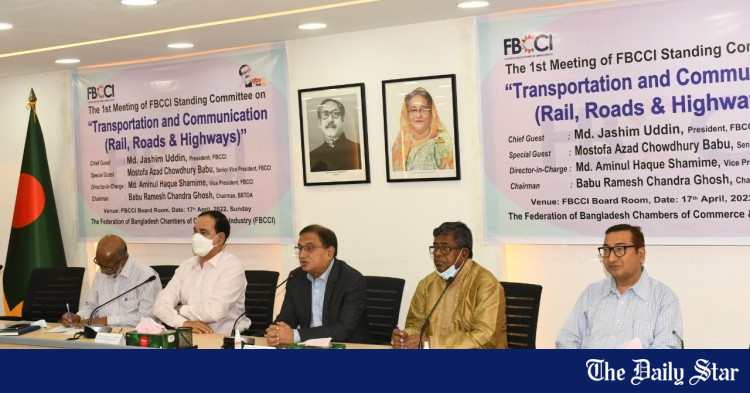 The Federation of Bangladesh Chambers of Commerce and Industry (FBCCI) has urged the government to suspend road construction and repair works for 14 days before and after Eid-ul-Fitr to reduce the suffering of the inhabitants.

He addressed the first meeting of the FBCCI Standing Committee on Transport and Communications (Railways, Roads and Highways) at the FBCCI office in Dhaka today.

Vehicles are slowing down due to repair and construction works on roads and highways, said FBCCI Senior Vice President Mostafa Azad Chowdhury Babu.

He urged the government to postpone construction work from April 27 to May 10 to facilitate Eid travel.

He also called for the deployment of traffic police in high traffic areas.

He said the police in Bangladesh should take stricter measures to stop extortion on the roads.

Babu also called for increasing the number of ferries and ferry rides to reduce the long queue of buses and trucks at Mawa and Aricha Ferry Ghats.

He asks for the help of the police to stop this illegal movement.

He urged the government to refrain from imposing any new tax on the public transport sector in the next budget as it has been the hardest hit sector during the coronavirus pandemic.