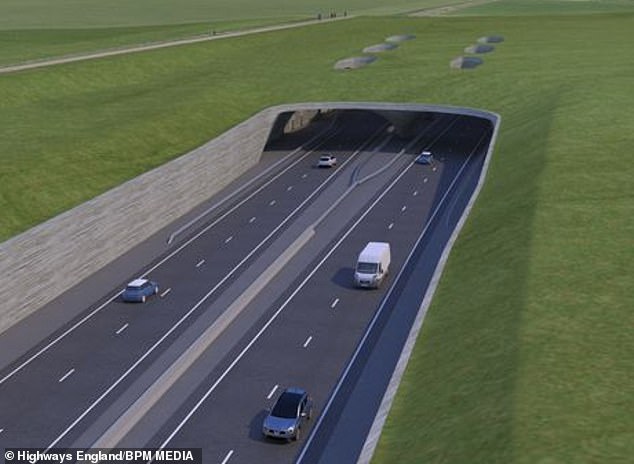 By Laurence Dollimore for Mailonline

Environmental campaigners challenging a controversial Â£27billion road development project have been ‘shocked’ after losing their High Court bid against the Department for Transport (DfT) today.

The Transport Action Network (Tan) had accused Transport Secretary Grant Shapps and the DfT of unlawfully failing to consider the ‘obviously significant’ impact of Road Investment Strategy 2 (RIS2) on achieving the targets in terms of climate change.

The plan, revealed in March last year, will see the construction of 50 major road projects until March 2025 – including plans for the A303 Stonehenge tunnel and the Lower Thames Crossing linking Kent and Essex.

At a hearing in June, Tan argued that the program was illegal because the government failed to consider climate change commitments, consisting of the use of carbon budgets and the legally to reduce emissions to net zero by 2050.

The group, which supports sustainable transport campaigns, also said the scheme had an inevitably ‘undesirable’ impact on the climate which was ignored by Mr Shapps.

However, Tan’s offer was rejected by the High Court on Monday, despite her vowing to appeal.

Director Chris Todd said: “In a month of unprecedented fires and flooding, the effect of this shutdown is to prioritize the ‘stability and certainty’ of the roads over that of our climate. “.

In March 2020 the Department for Transport (DfT) presented its Road Investment Strategy 2 (RIS2) for main roads in England from April 2020 to March 2025 (photo: artist’s impression of the planned Stonehenge tunnel) 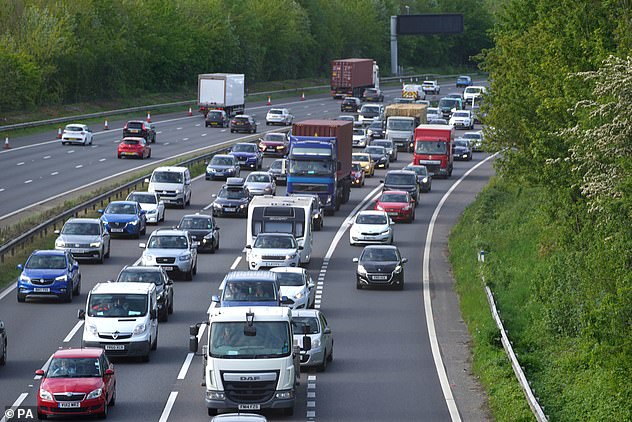 The Department for Transport’s Â£27billion road development scheme was branded ‘illegal’ by the Transport Action Network in June, which accused the government of failing to address climate change concerns ( file picture)

“The judgment failed to tackle the clear requirement created by Parliament that ministers must carefully consider environmental impacts.”

He continued: ‘Even if rising waters lapped the steps of the Courts and Whitehall, it looks like the review of the government’s climate decisions would still be bypassed.

“As the accelerating pace of global warming threatens the rule of law, we need legislation upheld rather than letting ministers off the hook.”

The DfT had argued that it had â€œfully and duly consideredâ€ the environment when developing the plan, including taking into account climate change-related impacts on the environment and carbon emissions.

Rejecting Tan’s offer today, Judge Holgate said the goal of net zero had “clearly been factored in” when setting RIS2.

He said: â€œThe (Secretary of State) has been briefed on the impact of the program on the goal of net zero. 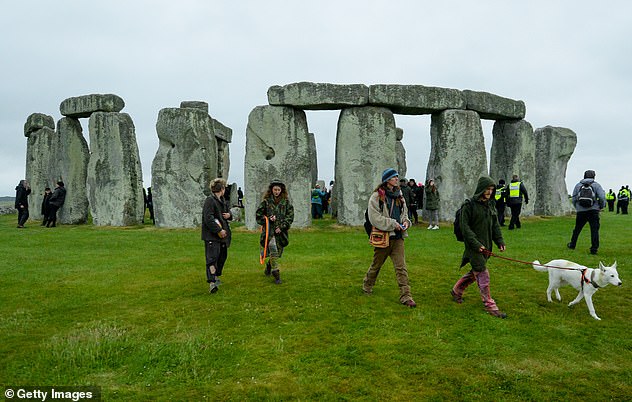 The site of Stonehenge (pictured), along with Avebury, was declared by Unesco a World Heritage Site of Outstanding Universal Value in 1986

â€œHe didn’t need to show him the supporting numerical analysis.

“Some people might think it would have been better to provide him with at least some of that analysis and that it wouldn’t have involved overburdening the minister.”

“Butâ€¦that’s not the test for a public law challenge.”

The judge said the legislation required a transport secretary to set out an investment strategy such as RIS2 to “take into account its effect on the environment, without any specific reference to climate change”.

He added that the DfT lawyer had provided evidence that the government was ‘taking a range of measures to address the urgent need to tackle carbon generation in the transport sector’.

Judge Holgate continued: ‘Whether they are sufficient is not for the court, but it is clear that the government is seeking to meet the urgent need.’