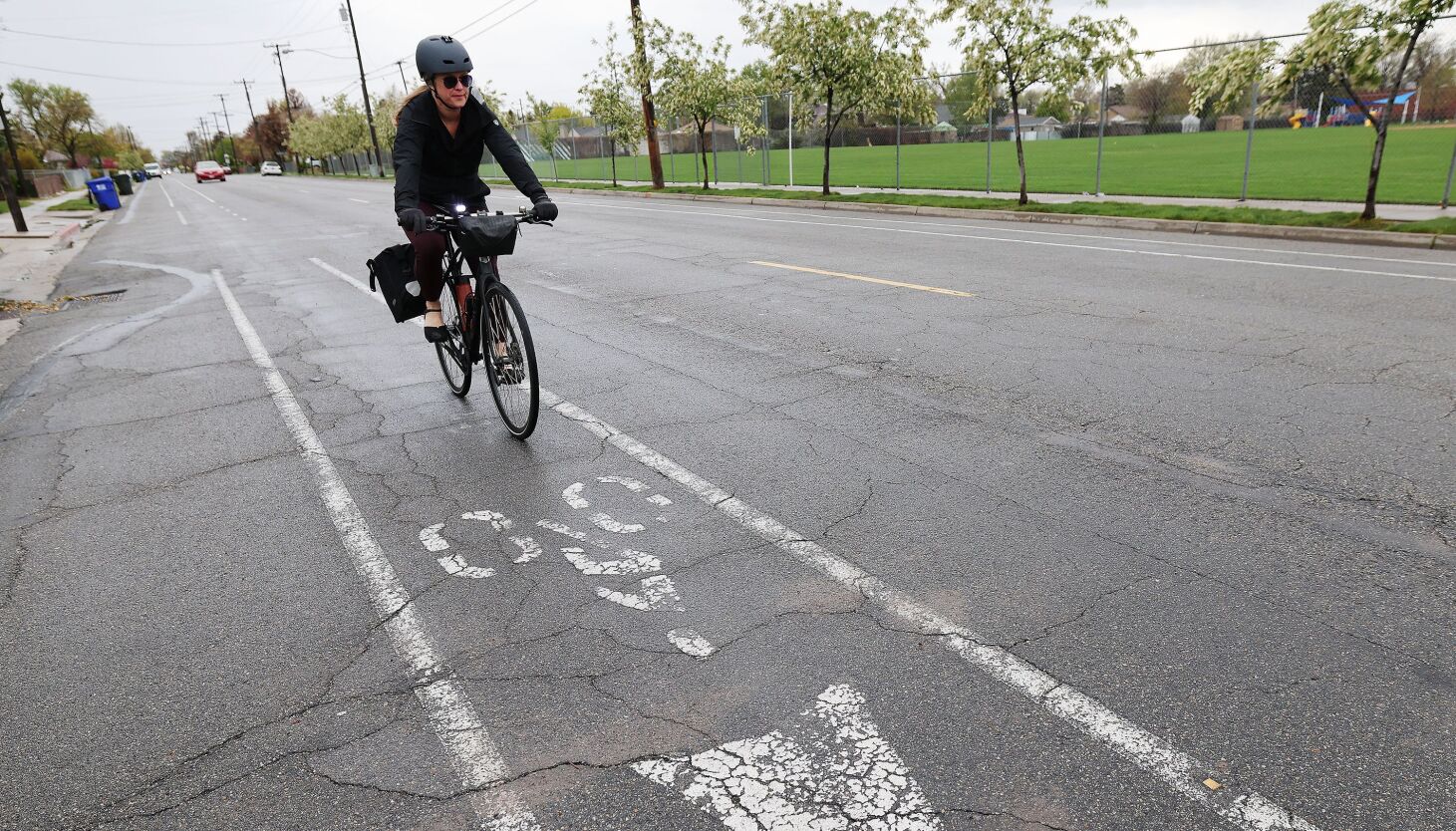 In the space of just one hour, three people were struck and killed by vehicles along the Wasatch front on Tuesday.

At 10:45 a.m. in Sandy, police said aA US Postal Service truck hit a five-year-old girl, killing her. Footage from the scene shows a children’s scooter lodged under the tire of the vehicle.

At 11:26 a.m., Salt Lake City police were notified of an accident involving two people – a driver “left the roadway”, hit a woman and her child, then fled, according to the original survey. The woman died on the way to hospital, the child is in critical condition and the driver is in custody, police said. It was the 11th traffic fatality in Salt Lake City this year.

All three incidents are under investigation and the names of the victims have not yet been released.

It’s a painful example of what Sweet Streets planning advocates call “one of the city’s most pressing public health issues” and what Nate Blouin, Democratic candidate for the Utah Senate, is committed to putting at the center of its campaign – “traffic violence”.

“Seeing these tragic accidents happen makes me wonder why in our society…(cycling safety) isn’t a higher priority. I want to see us do more to ensure these accidents don’t happen,” Blouin told the Deseret News days before Tuesday’s crashes.

Blouin, who is running to represent parts of Salt Lake City, Millcreek, Murray and West Valley City in Senate District 13, became a bike safety advocate after his father passed away in 2018.

On Father’s Day weekend, Craig Blouin and his wife, Beth Allen, were riding their bicycles on a county road near the town of Delta when tragedy suddenly struck.

Craig Blouin was hit from behind by a distracted 16-year-old driver, a week after his 72nd birthday.

“It’s as horrible a situation as you can imagine. He died instantly,” said Nate Blouin, Craig Blouin’s only child.

The incident happened nearly four years ago, but the painful memory was freshened this month by the spate of cycling deaths on Utah’s roads, including the heartbreaking death of the 13-year-old cyclist year-old Eli Mitchell, a middle school student who was hit and killed by a suspected drunk driver at an intersection in western Jordan last week.

The man’s death in Spanish Fork on Tuesday marks the fifth time a cyclist has been struck and killed by a motorist in the past month.

At least three of the five deaths involved motorists accused of having driving under the influence at the time of the crashes and who have previous convictions for impaired driving, according to Jenn Oxborrow, executive director of Utah Bike.

The tragedies have raised alarm among cycling advocates who are calling for more to be done to improve cycling safety through stronger enforcement as well as infrastructure investment.

“We have people who run over cyclists and drive off, people with long-term dangerous driving histories and driving under the influence histories who continue to drive. They kill people, and that’s not acceptable,” Oxborrow said.

She said part of the problem stems from insufficient enforcement policies for those with a history of misconduct.

“When I look at someone like this person who just beat and killed this 13 year old in western Jordan, he has 12 previous convictions for reckless driving, including DUI. He’s a role model, and he’s someone whose behavior we should interrupt to improve safety,” Oxborrow said.

The April incidents contribute to an upward trend in fatality rates with motorist crashes involving non-occupant pedestrians. And they come as the United States is in the midst of a increase in road deaths which has claimed the lives of tens of thousands of motorists, pedestrians and cyclists in recent years.

Experts point to a variety of possible reasons for the rising number of cyclist deaths – including an increase in aggressive riding, increased speed limits and bigger, deadlier trucks and SUVs.

“The bigger the vehicle, the longer it takes to stop and the more likely it is to have blind spots. The overwhelming majority of these crashes are related to driver error,” said Oxborrow, who explained how these risks are particularly relevant on Beehive State roads.

“In Utah we have big families so we drive big cars. We also live in the suburbs so we have to drive our bigger, heavier cars everywhere we go.

Utah state code defines a bicycle as a motor vehicle and creates safety standards for their treatment by other drivers. But Oxborrow said many motorists ignore those standards, which she says is part of a wider cultural disregard for cyclist safety.

“There is often this tendency to make the cyclist feel guilty, similar to domestic violence. They ask: “Was the cyclist wearing a helmet? What can the cyclist do differently? But I don’t think that’s asking the right question,” she said. “Instead, we should look at the challenges we face as a transportation community.”

Oxborrow said stricter sentencing practices for drivers with a history of poor driving, like those involved in the April incidents, could help keep cyclists safe.

However, traffic engineers believe fixing the problem will take more than law enforcement. They argue that safety efforts should focus on smart street design and transportation planning.

Knowlton said cycling fatalities are less a matter of “individual decisions” by cyclists and motorists, but rather “the result of a set of decisions we’ve made within the context of the infrastructure we provide.”

Knowlton offers an example of improving bicycle safety through what is called “design speed”.

“We know that drivers will drive slower on certain roads than on the left, regardless of the speed limit. And there are ways in which infrastructure designers and operators can naturally reduce the speed at which drivers choose to go, independent of police and law enforcement.

An example is so-called “visual friction”, which are design features that make a street narrower or more complex, including curb extensions at intersections, tree-lined roads or protected bike lanes . all of which produce a traffic-calming effect, according to Knowlton.

“When we think about bike safety, we forget what we already know about pedestrian safety. We would never assume that a pedestrian is walking safely along a busy street without at least a sidewalk to protect them. And they are even more protected when there are trees between them and traffic,” he said.

“We already know how to increase pedestrian safety, so we need to apply those same long-learned lessons to cycling. It is not enough on a busy road to have a painted line to designate a cycle path.

The urgency is all the greater as it is known that investing in street safety is a benefit for all travellers: research shows that streets designed to accommodate a wide range of users, pedestrians and from cyclists to public transport commuters, also improve safety outcomes for motor vehicles. vehicles – a phenomenon called in traffic engineering “complete streets.”

Other studies show how focusing on bike safety can have decisive effects on the general well-being of the pavement.

For Oxborrow, cycling issues lie at the intersection of safety and fairness.

“Our streets and our communities belong to everyone, and we all deserve to have safe access to our roads,” she said.