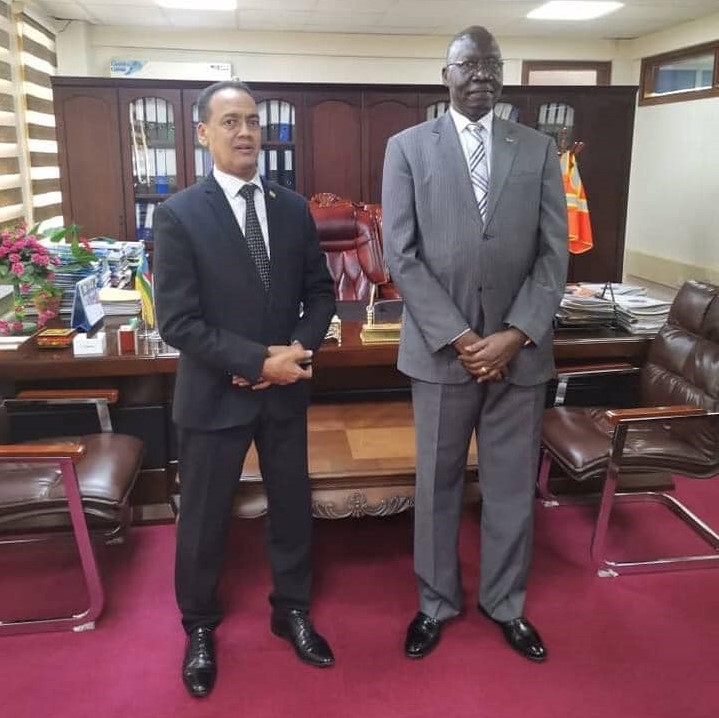 Nebil Mahdi, Ambassador of Ethiopia to South Sudan, met and discussed with Simon Mijok Mijak, Minister of Roads and Bridges of the Republic of South Sudan, focusing on the implementation of previously concluded agreements to interconnect the two countries with road infrastructure.

During their meeting, Ambassador Nebil reaffirmed Ethiopia’s commitment to deliver on promised agreements to build roads and cement socio-economic ties between the two countries, the Ethiopian Foreign Ministry said.

Emphasizing the long-standing relationship between Ethiopia and South Sudan and the close people-to-people ties, Simon Mijok Mijak noted the impact of the poor interconnection of road infrastructure in limiting the options the two countries could have obtained in trade and investment commitments.

Five routes have been selected to connect the two countries given the opportunities, the minister recalled.

In this regard, in line with the priority given to the Gambella-Pagak-Faluji road, he added that the construction activities would be underway in a short period of time.

Tanzania: Construction of the Mtwara-Songea road is on track