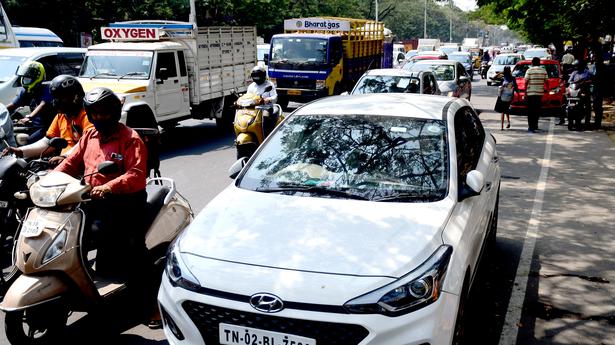 At a meeting convened recently by the Supreme Court-appointed road safety committee, the state government said Tamil Nadu had recorded the highest number of road accidents in the country at 62,685 before the pandemic. Madhya Pradesh with 50,669 accidents came second and Uttar Pradesh third with 42,752 accidents. Kerala was fourth with 41,111 accidents. Mizoram had reported the lowest number with 62 accidents in a year.

Chennai topped the list in the state in 2021 with 1,008 road accidents, followed by Coimbatore with 840 accidents. The Nilgiris reported the lowest number of 33 accidents in 2021.

A total of 270 people were slightly injured in traffic accidents in the city in January and the number rose to 395 in February.

Santhosh Loganaathan, deputy director of the Transport and Development Policy Institute, said in Chennai that more than 1,200 people die each year in road accidents. “In 2019, 56% of victims were motorized two-wheelers and 33% pedestrians. This trend is also consistent with previous years. Overspeed seems to be a major cause. We have several freeways through the city that are designed for fast-moving vehicles with very little attention to pedestrian safety. There are hardly any footpaths and safe crossings for pedestrians on these roads. Walkways and subways do not solve this problem because they are not preferred by pedestrians and therefore remain unused,” he said.

“The Greater Chennai Corporation, through Chennai Smart City Ltd., is in the final stages of preparing a road safety action plan for the city. In terms of infrastructure, the GCC is about to start the implementation of the Intelligent Traffic Management System (ITMS), which aims to improve approximately 165 intersections with components such as signal synchronization, crossing safety for pedestrians and streamlining the flow of vehicles. The GCC plans to implement a comprehensive street redevelopment program in six areas of the city covering 71 km2. The project aims to improve mobility, utility and livability in these neighborhoods, with road safety being an important priority,” Mr. Loganaathan said.