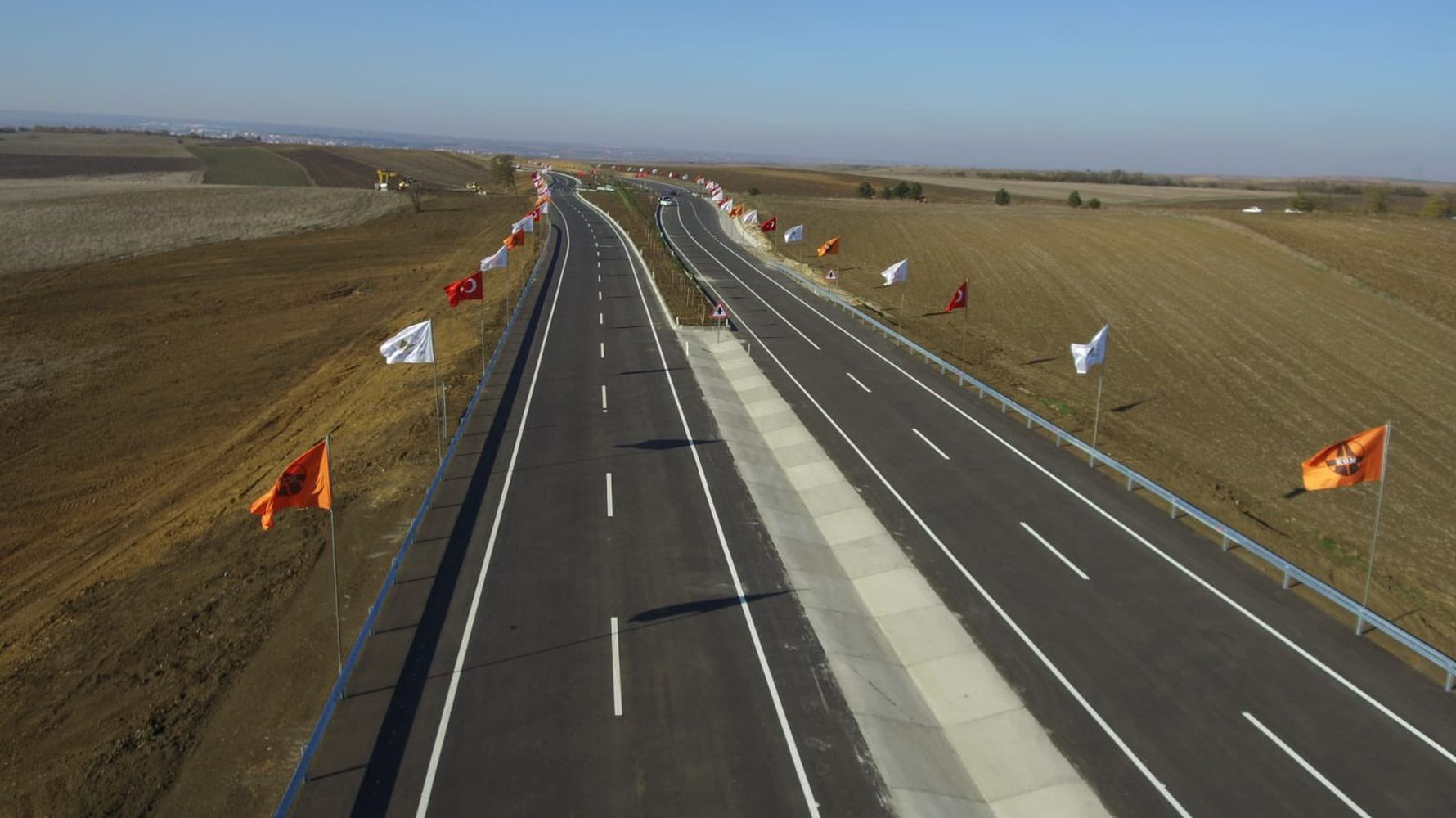 The Minister of Transport and Infrastructures Adil KaraismailoÄŸlu gave two important news to the inhabitants of TekirdaÄŸ Kapak. Noting that 7 kilometers of the Hayrablu-TekirdaÄŸ road project will be completed and opened to traffic in October, KaraismailoÄŸlu also said that he has implemented the KapaklÄ± junction project in order to reduce the city traffic problem.

Minister of Transport and Infrastructure Adil KaraismailoÄŸlu visited the district presidency of TekirdaÄŸ KapaklÄ± AK party and made important statements.

Noting that under the leadership of President ErdoÄŸan, as a ministry, they have commissioned air, land and rail projects that some cannot even imagine, KaraismailoÄŸlu stressed that citizens deserve much better.

KaraismailoÄŸlu said that they will bring to Turkey the most important projects in the world with the North Marmara highway, the Istanbul-Izmir highway, the Ã‡anakkale bridge, which is expected to be inaugurated on March 18, and the Malkara-Ã‡anakkale road, and said that these projects bring mobility and fertility to Turkey.

KaraismailoÄŸlu stressed that the projects carried out not only save time and fuel, but also indirectly contribute to the economy, employment, production and tourism of the region.

Noting that TekirdaÄŸ is Thrace’s window to Marmara and the Black Sea, KaraismailoÄŸlu said that they attach particular importance to the development of the TekirdaÄŸ transport network.

Pointing out that TekirdaÄŸ, which is located on the international road connecting Turkey with Europe, has a high quality road network, KaraismailoÄŸlu continued as follows:

â€œIn this context, our work on the construction of the Hayrabolu-TekirdaÄŸ road is continuing rapidly. The Hayrabolu-TekirdaÄŸ road will connect to the TekirdaÄŸ ring road from the Hayrabolu KÃ¶prÃ¼lÃ¼ junction on the Alpullu-Malkara road passing through Hayrabolu as the ring road. The existing 2 Ã— 1 standard road, 7 meters wide, will become a 2 Ã— 2 lane BSK two-lane asphalt road. We completed 46 kilometers of our road, which has a total length of 13 kilometers, as a divided highway and opened it to traffic. Next October, we will travel 7 kilometers and open it to traffic.

Stating that the total cost of the project of this road is 960 million lira, KaraismailoÄŸlu said, â€œWe have spent a total of 2,020 million lira manufacturing 470 million by the end of 2021 and 223 million in 693. and industrial zones in the region will have easy access to KapÄ±kule, the volume of trade in the region will increase and TekirdaÄŸ province will benefit from socio-economic gains. A much safer transport possibility will be established for road users.

THE KAPLI INTERCHANGE PROJECT WILL SOLVE THE URBAN TRAFFIC PROBLEM

Explaining that another important project is the KapaklÄ± Junction Project, which has been implemented to reduce the problem of city traffic, Transport Minister KaraismailoÄŸlu said: the length will be 250 meters. The approximate cost of this project is 100 million lire. We launched the call for tenders on July 26. We will inform the contractors of the final decision on the tender this week, â€he said.

Noting that they talked about a big project, KaraismailoÄŸlu said, â€œWe will experience traffic jams alongside this, but we will come up with alternative solutions to reduce the traffic density that will be encountered during the construction period. I sincerely believe that when the project is completed, it will add great value to KapaklÄ± and become one of the landmarks of KapaklÄ±.

WE OVERCOME DISASTERS IN A SHORT TIME

Expressing that Turkey faces disasters this summer, Transport and Infrastructure Minister KaraismailoÄŸlu noted that the response to these disasters shows Turkey’s greatness. Emphasizing that these disasters were overcome in a short time, KaraismailoÄŸlu said: â€œWe even managed to survive in the first days of the disaster. It showed the level our country has reached over the past 19 years under the leadership of our President. There is no other explanation for this. The vision given by our president to this country and his contributions to this country are appreciated by the whole world.

Expressing that great successes have been achieved in the transport sector in 19 years, KaraismailoÄŸlu said that after these successes, engineering and subcontracting have been exported to all over the world.

Transport Minister KaraismailoÄŸlu met with traders for some time after his visit to the district chairmanship of the KapaklÄ± AK party. sohbet he did it. KaraismailoÄŸlu then visited the MHP KapaklÄ± District Presidency with the Mayor of TekirdaÄŸ KapaklÄ± Mustafa Ã‡etin.