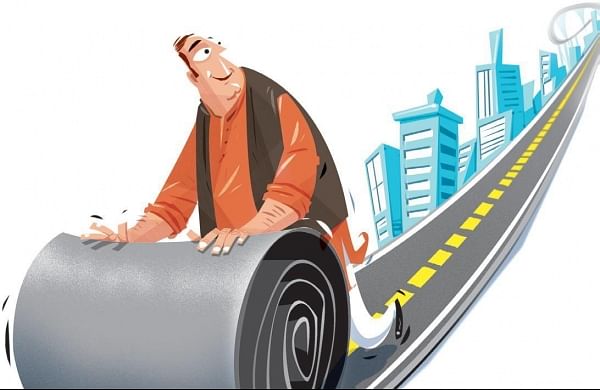 BHUBANESWAR: Behind the target until the end of 2021, the state government has stepped on the accelerator for the construction of rural roads under the Pradhan Mantri Gram Sadak Yojana (PMGSY) lighthouse.

The state, which had built approximately 1,020 km of roads as of December 31 last year, providing all-weather connectivity to 163 homes, has completed construction of more than 1,400 km in the past two months and half.

The Ministry of Rural Development has given Odisha a target of constructing 2,700 km to provide connectivity to 326 homes in the current fiscal year ending March 31, 2022. A higher target has been given to the state despite its reluctance given the current situation of the Covid pandemic and shortage of building materials.

With the completion of 2,424 km of roads so far providing road connectivity to 191 homes, it seems almost certain that the state could exceed the target as in previous years, sources with the rural development department said.

Recognized as the top performing state in rural road construction, Odisha created a record in 2018-2019 by receiving three national awards for the successful implementation of the PMGSY. He got the first prize by achieving the longest length of road construction and the longest length using green technology. The State also received the third prize for best asset management.

There has been significant progress in road construction in the predominantly tribal districts with Koraput topping the list by completing over 278 km followed by Sundargarh (249 km), Rayagada (202 km), Malkangir (188 km), Kandhamal (174 km), and Keonjhar (116 km).

According to the latest progress report, the state government has completed the construction of 64,588 km out of the 69,373 km of sanctioned roads. The result is 93%. No less than 16,318 homes out of 16,382 were connected with 99% achievement of the objective.

The state has so far used Rs 28,422 crore out of sanctioned Rs 31,937 crore for the projects. The Center has sanctioned 485 km under the Road Connectivity Project for Areas Affected by Left-wing Extremism (RCPLWEA). Odisha traveled 308 km and used Rs 294 crore out of the project cost of Rs 441 crore.