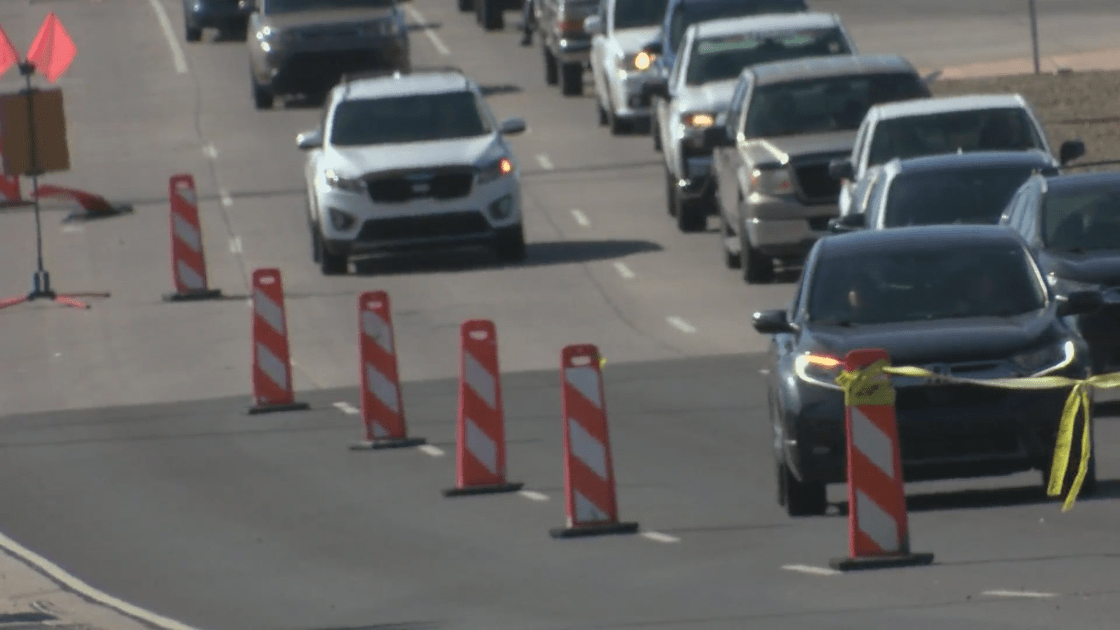 ALBUQUERQUE, NM (KRQE) – As a rule, construction projects on the subway are halted during the Albuquerque International Balloon Fiesta, but there appear to be a lot of lane closures throughout the city this week. These projects cause traffic jams on some of the city’s busiest roads during the busiest week of the year.

“It’s very crazy because the Balloon Fiesta is here and everyone is crazy,” said Yunett Garcia Guzman. She describes the traffic in her northeastern neighborhood of Albuquerque.

Two of the northbound lanes of Juan Tabo between I-40 and Lomas are blocked for an ongoing project. Garcia Guzman says mixing Balloon Fiesta traffic with ongoing construction is a nightmare. “There was a lot of traffic and a lot of accidents,” Garcia Guzman said.

KRQE News 13 asked the city why this project as well as the construction at Tramway and Copper, and another in Coors between St. Josephs and Montano are not being interrupted for Balloon Fiesta week. They say they haven’t instituted a building moratorium this year.

“We are still recovering from the COVID-19 pandemic, we really want to continue to keep the economy going,” said Johnny Chandler, spokesperson for the Metropolitan Development Department for the City of Albuquerque.

Even if there was a moratorium, Tramway, Juan Tabo and that part of Coors would not be included in this suspension. Chandler says the roads included in the moratorium are chosen based on where the city thinks there will be the most people.

Launch of a road safety and driving application in Accra