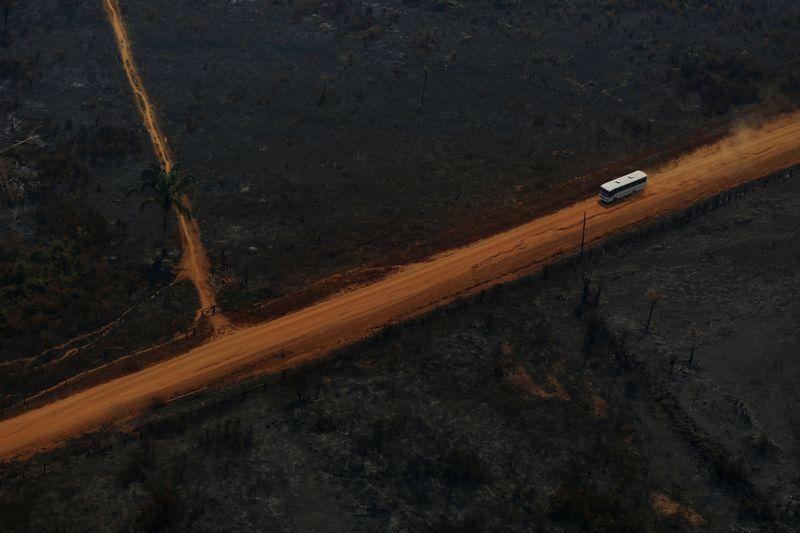 BOGOTA (Reuters) – Road projects in the Amazon could lead to the deforestation of millions of hectares over the next 20 years, environmental researchers said in a report on Thursday.

The construction or modernization of some 12,000 kilometers (7,456 miles) of Amazonian roads in Bolivia, Brazil, Colombia, Peru and Ecuador over the next five years could result in 2.4 million hectares (5, 9 million acres) of deforestation over the next two decades, according to progress report on the non-binding New York Declaration on Forests.

Infrastructure is believed to be directly responsible for 9 to 17% of deforestation in tropical and subtropical countries. And there is also an indirect toll.

“The indirect impact (of the roads) is what’s important,” Franziska Haupt, executive director of Climate Focus’s Berlin office and lead author of the report, said in an interview.

The construction of highways through ecologically important areas also leads to land speculation and encourages illegal road construction, she added. For every kilometer of legal road in Brazil, there are about three kilometers of illegal roads, according to the report.

“Just having the plan (to build the roads) sparks speculation as people expect concessions in these areas to be accessible and become more viable,” Haupt said, referring to mining projects. potentials and other large-scale projects.

Governments should seek alternative development paths where possible, according to the report.

“These are not highways designed to prioritize connecting communities with health care, other essential services or economic opportunities,” report co-author Anthony Bebbington said in a statement. “Their goal is to facilitate the movement of goods. “