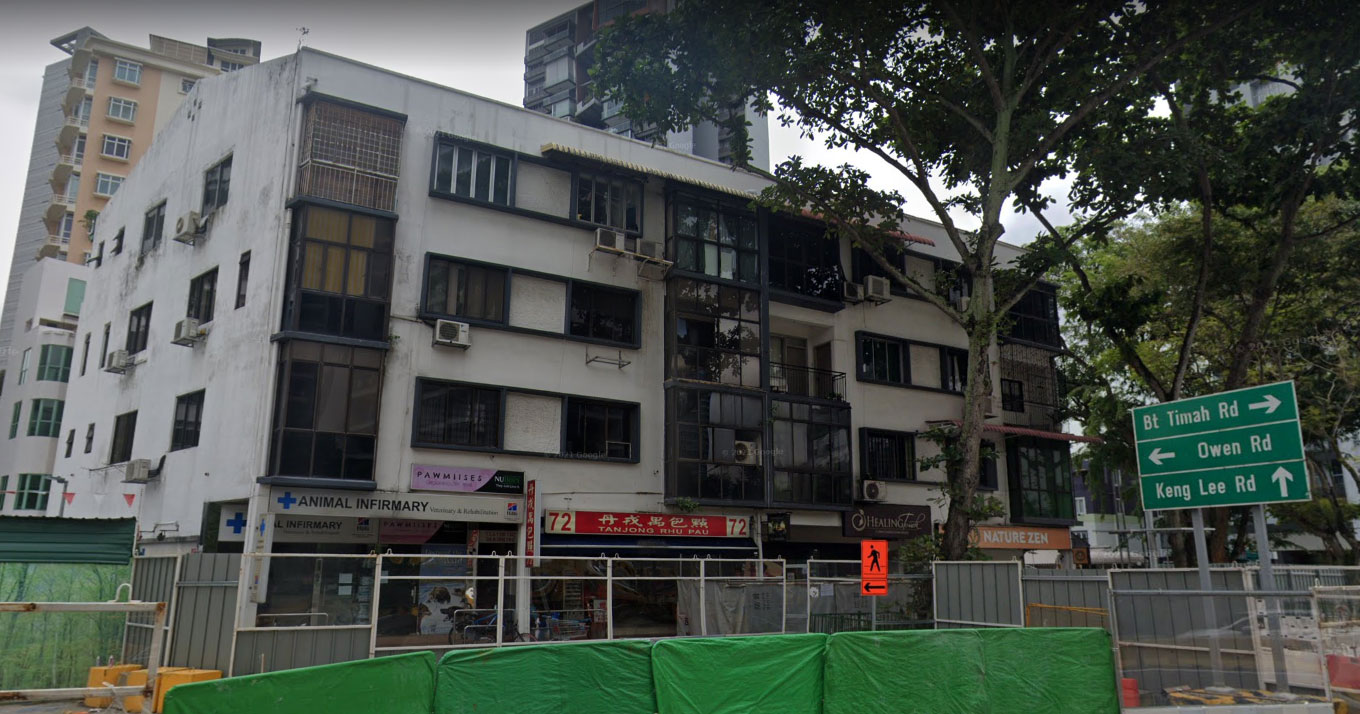 Follow us on Telegram for the latest updates: https://t.me/mothershipsg

The Singapore government acquired a building along Thomson Road to make way for the construction of the North-South Corridor (NSC) on April 16.

Located across from United Square Shopping Center at 68-74 Thomson Road, the 57-year-old four-story building will be demolished by the end of 2021.

The occupants of the 12-unit building and four businesses had vacated in February 2021.

The building must be reinforced

The building is located approximately 6 m from the Thomson section of the NSC tunnel where excavation work is planned.

Prior to that, the Land Transport Authority (LTA) appointed and deployed qualified and professional engineers to conduct a building impact assessment study in early 2020.

The study revealed that the foundations of the building would need reinforcements before excavation work began.

The occupants of the building were evacuated to ensure their safety during the reinforcement work and found other places of residence or activity with the help of LTA.

In accordance with the Law on Land Acquisition, affected occupants will be compensated according to the market value of the land acquired.

However, further testing indicated that the strength of the building’s concrete was less than that required to perform the reinforcement work safely.

This was supported by an independent inspection by the Building and Construction Authority (BCA), which concluded that any reinforcement work would ultimately be “impractical and risky”.

It was decided that the building would be acquired for demolition in order to allow the start of excavation work.

Construction of the NSC began in 2018 and is expected to be completed in 2027.

Through a series of viaducts and tunnels spanning 21.5 km, the NSC will cross various highways including the Seletar Expressway (SLE), Pan Island Expressway (PIE) and East Coast Parkway (ECP).

This connects motorists traveling between the northern region of Singapore and the city center and should improve traffic conditions on the Central Expressway (CTE).

Unused road space can then be used for community spaces, priority bus lanes, and pedestrian and cycle paths.