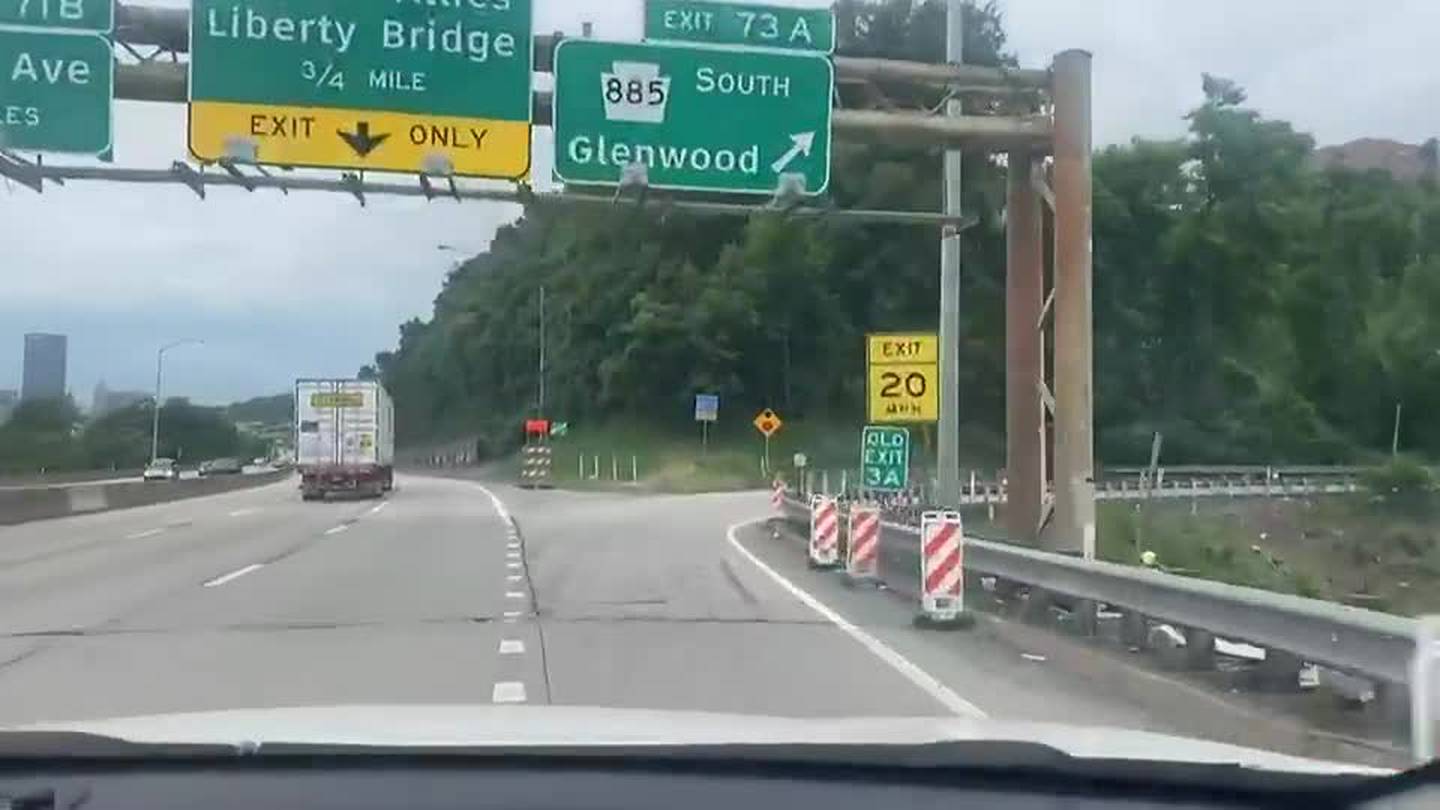 PennDOT says the Glenwood off-ramp for exit 73A will be closed, along with one lane of traffic from the Saline Street Bridge to Allied Boulevard until June 25. This is how crews can widen the bridge that carries the promenade over Bates Street.

The bridge is being widened as part of a $7.6 million project to lengthen the off-ramp for the Glenwood exit. During rush hours, traffic on this ramp backs onto the boardwalk, creating a dangerous situation.

Caleb Zimmerman lives in Oakland and says the project around Bates Street is already an inconvenience.

“You probably want to leave your house half an hour earlier than you normally would,” Zimmerman told Channel 11.

Abby King also lives in Oakland, but commutes to town or Robinson for work. She says she’s noticed the circulation problems before.

“I actually work downtown and take the bus from here to the office, and with the construction it already makes my commute much longer,” King told Channel 11. that it’s been going on for a very long time. It’s a little inconvenient, but I hope that once it’s done, the streets will be improved and it will be much more beautiful.

With gas prices soaring, most drivers don’t want to sit in traffic or take a long detour around town. Cars and pedestrians will not be permitted under the bridge carrying the promenade over Bates Street while a crane is brought in and cement is poured.

The Bates Street on-ramp off of Parkway East will also close until next Wednesday and, if necessary, the night of June 25.

The overall project is expected to be completed by September.

Here is a list of suggested detours from PennDOT:

From I-376 (Parkway East) inbound (westbound), continue past the closed ramp.

Bates Street Ramp to I-376 outbound (eastbound) from Allied Boulevard:

Take the I-376 West ramp toward Downtown/Fort Pitt Bridge.

Merge onto I-376 Parkway East.

Take the left exit ramp to Grant Street (Exit 71A).

Take the ramp to I-376 East toward Monroeville.

Ramp from Bates Street to I-376 outbound (eastbound) from Second Avenue:

Take the ramp to I-376 East toward Monroeville.

Take the I-376 West ramp toward Downtown/Fort Pitt Bridge.

Merge onto I-376 Parkway East.

Take the left exit ramp to Grant Street (Exit 71A).

Take the ramp towards Oakland.