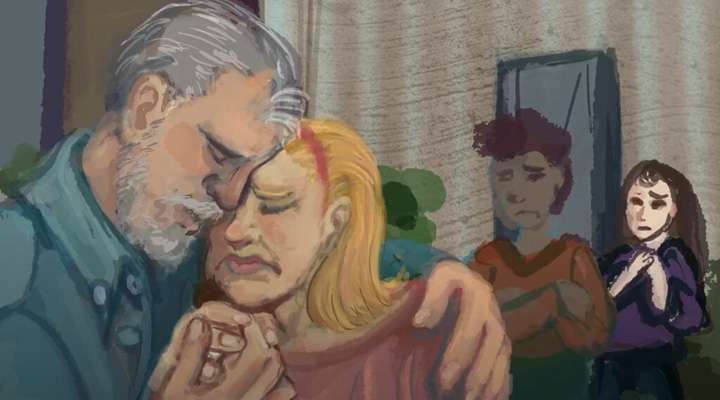 Their teenage daughter died in a car crash on the highway.

â€œWhat caught my attention was that they were shaking hands so hard,â€ he said. “â€¦ I just felt like, like they could shake hands hard enough,” he was saying something else.

Hileman rarely tells this story because it is so emotionally taxing, but he agreed to talk about it for a while. a new series of blog posts to promote road safety. The Kansas Department of Transportation series began on September 22 and will run through October 11 as part of a nationwide campaign called Put breaks on deaths.

“The purpose of these stories is to draw attention to the importance of practicing safe driving and understanding the real consequences in the event of an accident,” the agency said.

The series will include stories from four KHP soldiers about their experience informing the next of kin when someone dies in a car crash. Hileman is included in one of two published to date.

Her story involved an accident in which a teenage girl was distracted by her phone, crossed an oncoming lane and collided with another car head-on. The driver was not wearing a seat belt and was thrown through the windshield. A rear passenger who wore a high lap belt on her stomach also died. The front passenger and two occupants of the oncoming car were properly restrained and survived.

Hileman helped investigators gather evidence and piece together the crash while others redirected traffic to the busy highway. He found the driver’s ID card and had to compare it to her face to confirm the match. She was the same age as her daughter, with the same color of hair and eyes.

Warning the parents, who were waiting on the other side of town, is “the worst part of our job,” he said. He was filled with terror.

â€œYou are trying to save the lives of children,â€ Hileman said. â€œI have to relive this over and over again. “

Private Ben Gardner remembers standing on a porch years ago after being killed while driving while impaired on Easter morning.

The drunk driver had crossed the center line in a van, colliding with another van and killing a man who was driving home with his wife and children after a night shift. Gardner, who was awakened by a 3:30 am call from the dispatcher, could see marks on the road where the victim had tried to pull away to avoid the collision.

As the sun rose, Gardner stood at the front door with a woman who did not yet know that she had lost her husband. Small children gathered around her, looking confused. They were waiting for their father, not a soldier.

â€œI say what I have always said: ‘It is my sad responsibility to tell you that your husband was killed in an accident today. He is dead.’ And then I take a break, â€Gardner said.

Sometimes people fall to the ground in these situations. Some people get angry. The woman was silent for a long time. The children moved away.

He choked. At this point, he said, “it’s about being a human being.”

â€œI am the person who will cry with the person,â€ he said.

Sherman Smith is the Kansas Press Association Journalist of the Year. He has written award-winning reporting on the instability of the Kansas foster care system, misconduct by government officials, sexual abuse, technology, education, and the legislature. Previously, he spent 16 years at Topeka Capital-Journal. A longtime Kansan, he graduated from Emporia State University in 2004 as a Shepherd Scholar with a degree in English.

The above story is republished with permission from Kansas reflector.